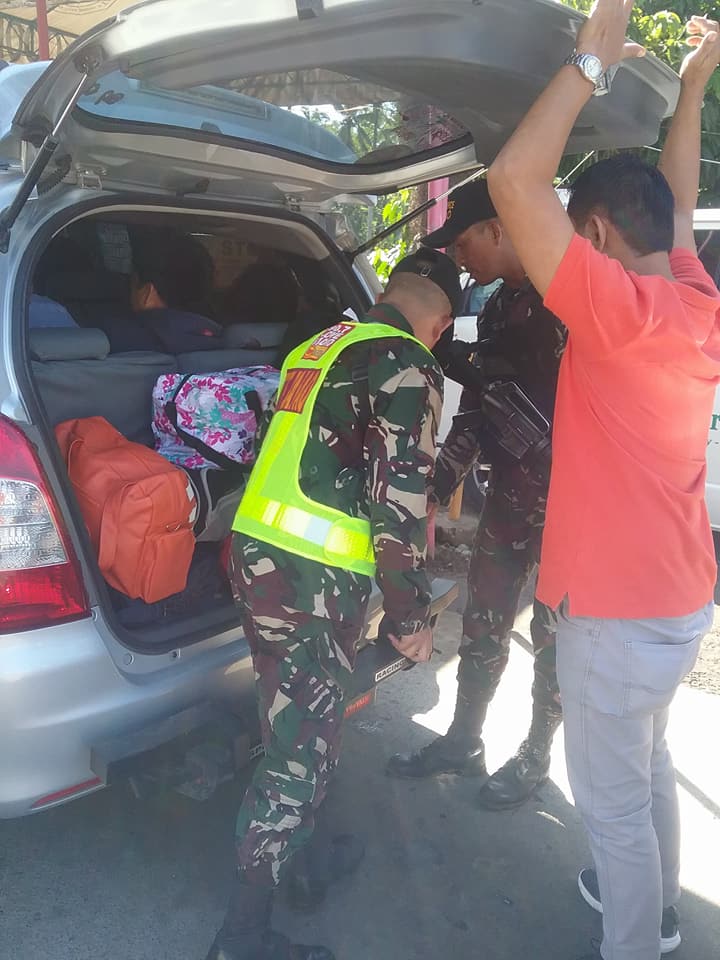 Hours later, the same team arrested one Abdulasgar Duman Cabile, 38, a resident of  Purok 4, Brgy 23-C, Miniforest.  He was arrested after the team found improvised glass tube tooter and one small sachet of suspected shabu weighing more or less 0.19 gram with an estimated value of PHP3,000.

As part of the security measure,  all Davao-bound passengers must submit themselves for inspection at the checkpoint.

Mempin said Civilian Auxillary Pantaleon Guinaling, became suspicious when Sarabia became restless and showed hesitation in submitting her bag for inspection. This led the enforcer to ask her to open the bag, which resulted to the discovery of three small sachets of suspected shabu hidden inside a small jewelry box, weighing more or less 14.06 grams with an estimated value of PHP219,000.

The suspects were turned over to the Toril Police Station for proper disposition.   They will be facing charges for violating the anti-illegal drugs law.