CBCP vows no cover-up in clergy accused of abuses 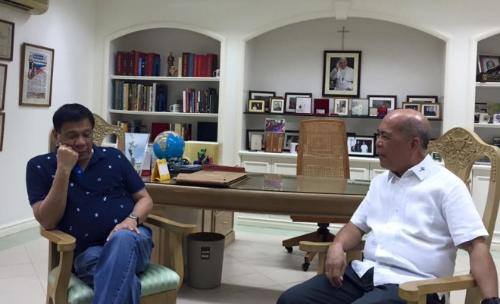 DAVAO CITY (March 4) — The leadership of the Catholic church in the country assures everyone, they will not cover-up cases of sexual abuses committed clergies.

Davao Archbishop and Catholic Bishops’ Conference of the Philippines Romulo Valles in a mass Friday at the San Pedro Cathedral here stressed “We will not cover up on the sexual abuse cases involving the clergy.

Valles emphasized “We will do whatever we can to protect minors in the Church. You heard me, no hesitation and cover-up.”

The sexual abuses cases involving clergies “is shameful and it must be stopped,” Valles added.

Speaking on behalf of the leadership of the church, Valles aplogized for the acts committed by some members of the CBCP, “with forgiveness the grace to stand up and repair and see to it that such things will not happen in the church”.

The church apologized after police authorities in Cadiz City, filed charges for violation of Republic Act 8353 or the Anti-Rape Law of 1997 in relation to RA 7610 or the Special Protection of Children Against Abuse, Exploitation, and Discrimination Act, against a priest who was accused of molesting a 4-year-old girl. The case was on February 27, before the City Prosecutor’s Office.

The CBCP in an earlier statement said, the charges against the priest stemmed from a complaint filed by the alleged victim’s mother who works as a secretary of the parish.

Bishop Gerardo Alminaza of San Carlos said they were “saddened and shocked” by the allegation but vowed cooperation in any investigation.

He said the accused, whom the diocese did not identify, was temporarily replaced as parish priest to give way for an impartial probe.

“We are committed to search for truth and to make sure that the process will be fair and just to both parties and whoever is responsible will have to face the consequences,” Alminaza said in a statement.

On the other hand, the bishop said the diocese will take its own canonical process which involves providing pastoral care to the alleged victim and her family.

“While we acknowledge the right of the accused to be presumed innocent until proven otherwise, we are steadfast to assist the victim and cooperate in the process so the truth will come out and justice is served,” Alminaza said.

Last week, nearly 200 Catholic leaders from across the world gathered in Vatican for a landmark summit on combatting sexual abuse within the church.

Pope Francis told the church leaders that they must find “concrete” solutions to end the crisis.-Editha Z. Caduaya/NewsLine.ph