Davao coughs out attraction of the NPAs 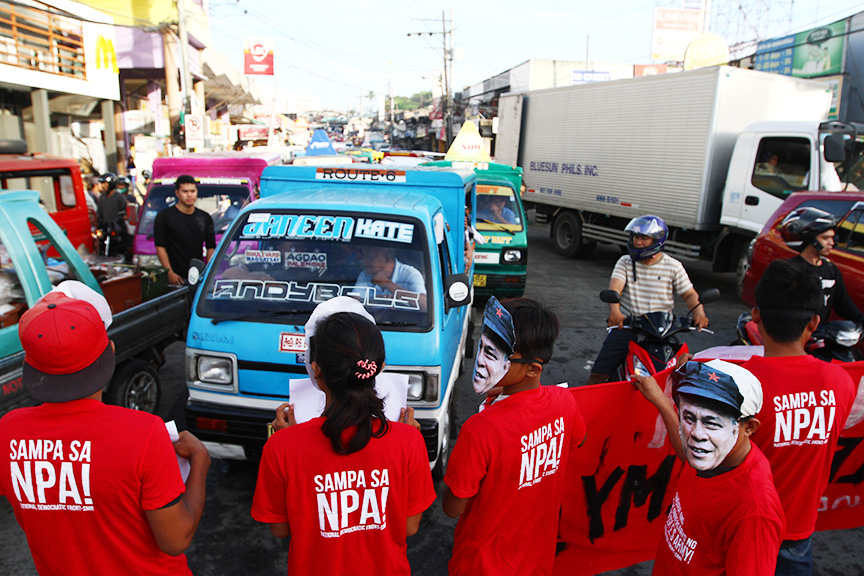 DAVAO CITY — The Davao region may have coughed out the attraction of the rebel New People’s Army for good.

Nowhere is this more manifested than in the first class and agricultural town of Laak in Davao de Oro that has declared the NPAs off-limits, along with neighboring towns of Davao del Norte.

For too long have the NPAs, recognizing the area’s strategic value as a gateway to Agusan and to Bukidnon, operated at will. Laak, in fact, first attracted attention in the 1980s as a laboratory of insurgency, with the military cordoning off villagers into hamlets in a bid “to deprive the fish a body of water to swim”. The NPAs simply shifted to nearby communities where they set up a shadow government and where their city-based comrades set up schools that adhered to a different flag. That is now considered a thing of the past.

With the tip of the spear shifting into the hands of local government units as mandated by President Duterte’s Executive Order No. 70, the LGUs made it plain the NPAs were unwelcome. They also consolidated their hold on the communities to bring government closer to the people.

“We made it plain enough is enough,” said Laak municipal councilor Christopher Jovita. “The days of riding the fence is over. We are now fully for peace and for development,” she added.

Jovita credited the “whole-of-nation” strategy spelled out under Executive Order 70 for ending a decades-old insurgency that has earned notoriety for the place since the 1980s.

With EO 70 shifting the onus of ending insurgency from the military to the local government units, the picture drastically changed.  Almost all towns in the Davao region have declared the NPAs persona non grata. Indigenous peoples’ communities, for some time the recruitment ground of the NPAs, followed suit. They served notice that the NPAs were unwelcome. They also dismantled schools set up by organizations that taught children how to fire and how to manipulate firearms.

“All of the 56 barangays in the town are now at our backs,” said Jovita in the midst of a four-day peacebuilding seminar that gathered 800 former NPA combatants and supporters at the Laak central school grounds.

Augustus Tapia, the Mindanao head of operations of the National Anti-Poverty Commission said the seminar provided all concerned government agencies the opportunity to explain their programs to the participants.

“It is impressive as practically all respected elders and tribal leaders were on hand to attend,” he said.

He said the NAPC will continue to monitor the situation to ensure that government agencies will sustain efforts in cutting down on poverty and in speeding up development.

Despite its first-class status, poverty incidence based on the 2015 figures stood at 41.13 percent.

The NCIP official is confident that with the whole of the nation’s approach in addressing insurgency, poverty can be trimmed down to 14 percent once President Duterte steps out in 2022.

Poverty, security officials admitted, is a stimulus to the insurgency. But with LGUs taking the point, even that is being slowly but sure being whittled away.-Jimmy Laking