Posted on June 20, 2017 by NewsLine Philippines 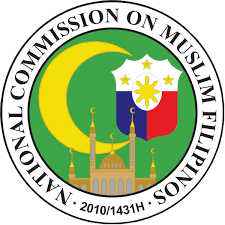 THE Office of the Ombudsman affirmed Monday the dismissal of five officials of the National Commission on Muslim Filipinos (NCMF) over anomalous utilization of the Priority Development Assistance Fund (PDAF) of the late Maguindanao Representative Simeon Datumanong.

Respondents were found guilty of Grave Misconduct and Conduct Prejudicial to the Best Interest of the Service.

The five officials are also facing trial before the Sandiganbayan for violation of Section 3(e) of Republic Act No. 3019 (Anti-Graft and Corrupt Practices Act).

The said officials were involved in the anomalous utilization of P3.8 million from the PDAF of former Maguindanao Representative Datumanong. Datumanong passed away in February 2017.

Investigation showed that the P3.8 million PDAF of Datumanong was intended to finance livelihood programs such as soap making, candle making and meat processing for the municipalities of Mamasapano, Ampatuan and Datu Abdullah Sanki.

To facilitate the fund utilization, Datumanong requested that the P3.8million be coursed through the Maharlikang Lipi Foundation, Inc. (MLFI), as NGO-partner, through the execution of a Memorandum of Agreement (MOA).

The Commission on Audit in an audit found that the selection of the NGO was undertaken in violation of COA Circular No. 2007-01 noting the absence of public bidding in the NGO-selection process.

Morales ruled that “it has been proven that respondents participated in the preparation and execution of the MOA on the implementation of Datumanong’s PDAF-funded projects covered by the SARO.”

The Ombudsman added that “respondents miserably failed to measure up to the procurement policy standards when they failed to strictly comply with the Government Procurement Reform Act.”