For illegal purchase cars, So. Leyte governor dismissed from the service

Posted on August 11, 2017 by NewsLine Philippines 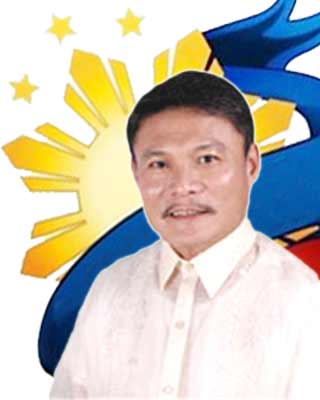 MANILA, Philippines — The Office of the Ombudsman has ordered the dismissal from the service of Southern Leyte Governor Damian Mercado after he was found guilty of Grave Misconduct for mishandling the 2007 procurement of second-hand vehicles.

The dismissal order was released Thursday  August 10, it  carries the accessory penalties of perpetual disqualification from holding public office, forfeiture of retirement benefits, cancellation of eligibility and bar from taking the civil service examinations.

Governor Mercado and five other local executives are also set to face trial before the Sandiganbayan for violation of  the Anti-Graft and Corrupt Practices Act.

Records of the investigation showed that in 2007, Mercado, then Maasin City Mayor, approved the purchase of three reconditioned vehicles totaling P2.3million.

After bidding, the acquisition of the Mitsubishi Pajero, Isuzu Wizard and Toyota Grandia was awarded to Kojac Auto Repair Shop.

In-depth investigation found, however, that Mercado was the original owner of the Grandia which was sold to Avila in November 2006 for P390,000.00 and that the Wizard was acquired by Avila in 2006 for only P275,000.00.   Ombudsman investigators also found that “by the time the procurements were made, the Mitsubishi Pajero unit was already 13 years old while the Toyota Grandia was 11 years old and the Isuzu Wizard was 12 years old.”

In its Joint Resolution, the Ombudsman stated that respondents “exhibited manifest partiality, evident bad faith or gross inexcusable negligence in awarding the procurement contracts to Kojac without regard to pertinent law and rules.”

The Ombudsman explained that the BAC failed to show any proof of advertisement of the invitation to bid to ensure competitive bidding as the records only contain notices addressed to Kojac.

Respondents were also held liable for failing to meet the requirement on “remaining useful life in the procurement of second-hand or reconditioned vehicles as required under Department of Budget and Management National Budget Circular No. 446-A.” Under the circular, the remaining useful life of the vehicle to be purchased must not be lower than five years in the case of high official function cars, passenger vans and other service vehicles and three years for utility vehicles.

The respondents were also faulted for undue reference to brand names as the purchase requests clearly reflected the particular brand of vehicle to be bought, a prohibition under the Government Procurement Reform Act (Republic Act No. 9184).

“Given that the subject vehicles were already more than 10 years old when these were purchased, their remaining useful life is obviously below the standard prescribed in the Circular,” the Joint Resolution reads.

“Whether the vehicles are in good condition, still functioning properly, or has been refurbished is also not considered material in determining their remaining useful life,” added the Ombudsman.

According to Ombudsman Conchita Carpio Morales, “as head of the procuring entity, [Mercado] has a duty to ensure that all the procurements of the city government are in compliance with the law and other applicable rules.

On Friday, August 11, Mercado  said they will file a motion for reconsideration after the Office of the Ombudsman ruled on Thursday to dismiss the him  from service.

Mercado in a brief mobile phone interview with PNA Friday  said he has yet to receive his copy from the Ombudsman Office. “I have not received any copy of the said resolution,” Mercado said. The news of his dismissal came at a time that Maasin celebrated its 17th year of its cityhood.

He said his lawyers are studying the case and will file a motion for reconsideration.“- Harold V. Pontongan/Newsline.ph