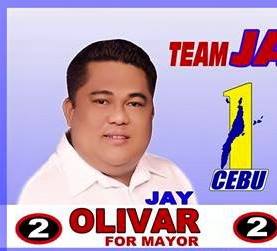 In a decision released Monday, August 14, 2017, the Office of the Ombudsman ordered the filing of charges after Olivar failed to liquidate his cash advances despite the lapse of four years and the cash advances remain unaccounted for.

In trying to explain the unliquidated cash advances, Olivar told the Ombudsman  that he ordered a job order employee to prepare the liquidation documents. However, due to his many tasks, the job order employee failed to complete the documentation when Olivar’s term ended in 2013. The mayor also asserted that the local government was busy in its programs and projects especially after Typhoon Yolanda.

Ombudsman Conchita Carpio Morales, however, emphasized that the defenses raised by Olivar are “self-serving and unsubstantiated. As the accountable officer, respondent should have been vigilant in processing his liquidation; or if he devolved the task to other persons, he should have exercised efficient control and supervision to ensure timely liquidation of his cash advances.”

The Ombudsman reiterated that under the Commission on Audit Circular 97-002, all petty operating expenses and field operating expenses shall be liquidated within 20 days after the end of the year.  In this case, the 2011 cash advances were still reported to be outstanding as of 30 June 2015.

“Clearly, from the grant of cash advances in 2011, respondent’s failure to liquidate as of 30 June 2015 speaks volumes of his criminal transgression,” stated Ombudsman Morales.-Harold V. Pontongan/newsline.ph