Posted on September 28, 2017 by NewsLine Philippines 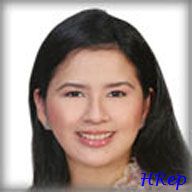 This after the Office of the Ombudsman found Cajayon  falsified public documents which enabled her to siphon funds  intended to benefit her constituents.

Charges against the lawmaker’s co-conspirators from the Department of Social Welfare and Development (DSWD) and Cenon Mayor of Kaloocan Assistance Council, Inc. (KACI) were also filed.

Documents showed in 2009, Cajayon personally indorsed the implementation of her PDAF-funded Comprehensive Integrated Delivery of Social Services (CIDSS) program to KACI.  On 13 April 2009, the Department of Budget and Management released P10,000,000.00 to the DSWD as the congresswoman’s chosen implementing agency.

Field validation by the Ombudsman revealed that Cajayon’s projects were dubious and considered as ghost projects.  On 14 October 2010, the Commission on Audit (COA) issued a Notice of Suspension over a portion of Cajayon’s PDAF as it noted that no procurement documents were shown to support the acquisition of tents, medicines, trophies and balls.

But many of the supposed beneficiaries denied receiving any financial or burial assistance from the congresswoman.

Verification of the invoices and receipts submitted by main supplier, Silver “A” enterprises, also showed that the same were falsified.

The Department of Trade and Industry and the Quezon City government revealed that Silver A “is not registered and has no record in said agencies.”

The COA also found that the NGO-selection process was not compliant with COA Circular No. 2007-001 and Resolution No. 12-2007 of the Government Procurement Policy Board.

The Ombudsman also found it alarming that Cajayon approved the release of funds despite the NGO’s admission that it had failed to liquidate projects from 2006 to 2007.

In its Resolution, the Ombudsman stated that “Cajayon failed to show that she has exerted earnest effort to ensure that KACI liquidated the second tranches of the subject funds and her failure to do so could only mean that she benefitted from the transaction, or that she was grossly negligent in her contractual obligation, making her liable for the offenses charged.”

According to Ombudsman Conchita Carpio Morales, “Cajayon, is after all, accountable for the funds, because she has control, if not actual custody, of the funds, as these funds cannot be released without her prior consent and directives.”

The Ombudsman also mentioned that “the concerned DSWD officers did not even bother to conduct a due diligence audit on KACI and its suppliers. Instead, they accepted the sole representation of Cajayon and KACI to undertake the projects in contravention of existing procurement laws and regulations. Further, they processed the release of Cajayon’s PDAF to KACI on the sole basis of the indorsement letter and project design.”

While Montaño, Cabrera and Sarino were found guilty of Grave Misconduct, Serious Dishonesty and Conduct Prejudicial to the Best Interest of the Service.

They were ordered dismissed from the service and meted the accessory penalties of perpetual disqualification from holding public office, forfeiture of retirement benefits and a bar from taking the civil service examination.  In case of separation from the service, the penalty is convertible to a fine equivalent to one year’s salary.-Harold V. Pontongan/Newsline.ph