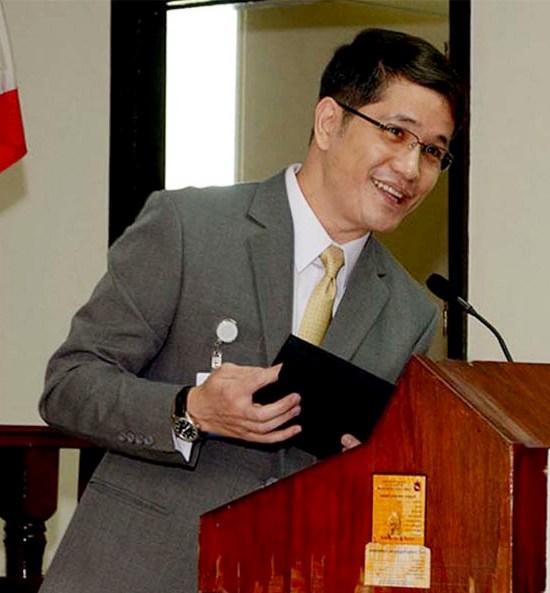 MANILA, Philippines — The Office of the Ombudsman  filed graft charges against sacked chairman of the Energy Regulations Commission (ERC).

Charged before the court was dismissed ERC chair Jose Vincent Salazar along with four other of the  Commission (ERC).

The Ombudsman also found respondents guilty of Conduct Prejudicial to the Best Interest of the Service, aggravated by Simple Misconduct and Simple Neglect of Duty and were ordered suspended without pay for one year.

In a resolution, the  Ombudsman cited that the ERC officials purposely extended the implementation of the Department of Energy (DOE) circular mandating all electric distribution utilities to undergo “a  competitive selection process (CSP) in securing power supply agreements (PSA) to favor Manila Electric Company (MERALCO) .

The DOE circular recognized that “the CSP in the procurement of PSAs by the distribution utilities ensures security and certainty of electricity prices of electric power to end-users in the long term.”

On 20 October 2015, respondents passed an ERC Resolution directing all distribution units to conduct the CSP in the procurement of their supply to the captive market.  The ERC Resolution also added that its implementation is immediately effective following its publication on 05 November 2015.

On 15 March 2016, however, respondents issued another Resolution stating that the effectivity of the ERC Resolution would be on 30 April 2016.

According to the complaint, “respondents intentionally favored Manila Electric Company (MERALCO) by extending the implementation date of the Resolution without any valid or justifiable reason.  The extension was allegedly a clear ploy to accommodate MERALCO’s sister companies/affiliates to bag the lucrative power supply agreements without complying with the mandated CSP.”

The Ombudsman found that “respondents violated the policy and rules requiring the CSP.   To dispense with the CSP requirement by the companies is not in conformity with the Electric Power Reform Act and Resolutions issued by the ERC and DOE.”

The “the CSP is an acknowledged mechanism to make the cost of PSAs more reasonable. Hence accommodating companies’ request to be exempted from the CSP was a deviation from respondents’ duty to promote public interest through the CSP requirement.  The partiality of respondents can be inferred from the list of generation companies who filed their PSAs with ERC from 15 March to 29 April 2016.  Ironically, the list actually proves that the restatement of the effectivity date of the CSP resolution benefitted 38 more companies who were able to enter into PSAs and file them with the ERC without complying with the CSP requirement.”

In October 2016, President Rodrigo Duterte sacked Salazar after he was found  guilty of simple and grave misconduct in connection with allegations of graft.

The Decision stated that in case the suspension can no longer be enforced due to separation from government service, the penalty is convertible to a fine equivalent to their respective one year salary.-Editha Z. Caduaya/Newsline.ph