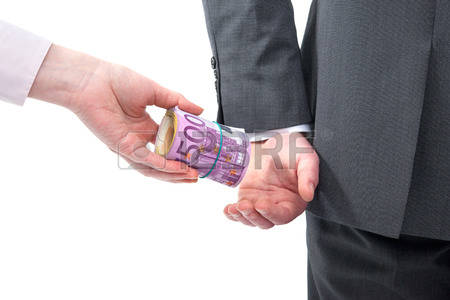 DAVAO CITY, Philippines — A Sheriff of the Department of Labor and Employment (DOLE) from the National Capital Region (NCR) was convicted for direct bribery, ordered to pay P45,000 and meted penalty of special temporary disqualification.

This after Regional Trial Court (Branch 52) of Manila  found  Ronaldo Espinosa demanded and received  P15,000.00 from representatives of the Manila Times Publishing Corporation (MTPC) in exchange for the postponement of the service of the second writ of execution in a labor case pending execution before the DOLE-NCR.

Ombudsman prosecutors presented MTPC employees who testified that “Espinosa demanded P20,000.00 from them, and told them that if they will give the said amount, he will not implement the subject alias writ, and will instead place the MTPC’s labor case to the archive and will tear the alias writ in from of them.”

Rowena Franco, an employee of MTPC, admitted that “through their negotiation with Espinosa, the said amount (P20,000.00) was reduced to P15,000.00.”  After Espinosa left their office, MTPC sought the assistance of the Anti-Graft Division of the National Bureau of Investigation (NBI).

NBI operatives testified in court that on 30 October 2008, Espinosa was entrapped in his office at the DOLE-NCR and was caught red-handed receiving the marked money.

“Accused failed to rebut the affirmative and positive testimonies of the prosecution witnesses which the court finds to be credible, categorical, straightforward, spontaneous and consistent, coupled with their lack of ill-motive to falsely testify against him, vis-à-vis the defense of denial proffered by the latter,” stated the Joint Decision.-Jiann A. Padillo/Newslineph