Posted on February 12, 2018 by NewsLine Philippines 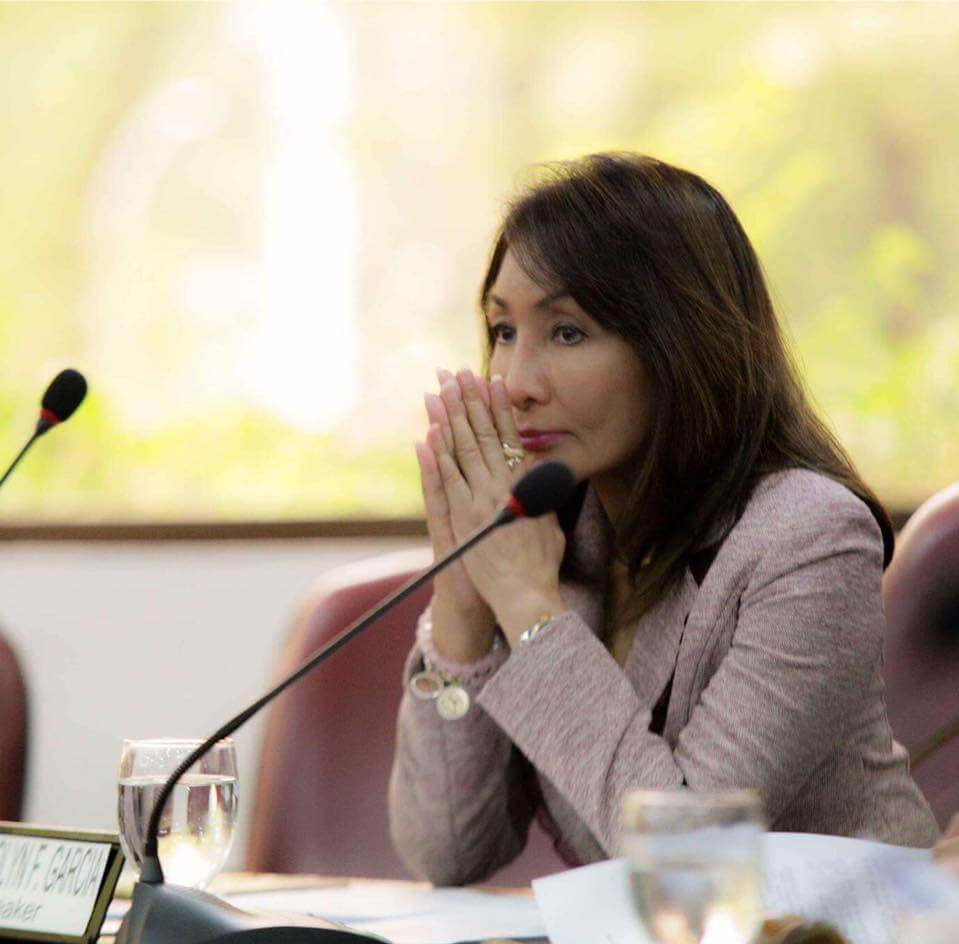 The dismissal order carries the accessory penalties of perpetual disqualification from holding public office, cancellation of eligibility and forfeiture of retirement benefits.

The Ombudsman also directed that a copy of the Decision be furnished to Speaker Pantaleon Alvarez for appropriate action.

But Garcia questioned the timing of the order  “The timing is rather suspect. It does seem as though the Ombudsman has singled me out. An act that was done when I was still governor several years ago, you’d rather wonder whether this was purposely done.”

She added “As you saw, I’m very active in this impeachment hearing against Chief Justice Sereno. Be that as it may, I leave it to the leadership, to Speaker Pantaleon Alvarez, on his decision as regards to that dismissal order.”

It will be recalled that on 11 June 2008, Garcia purchased the controversial Balili property, a sprawling 249,246 square meter lot located in Tinaan, Naga, Cebu, for P98,926,800.00. Local authorities later discovered that 196,696 square meters of the property were underwater and part of a mangrove area.

In April 2012, the local government conducted a public bidding “for the supply and delivery of backfilling materials and other incidentals of its submerged and mangrove portions.” The project was awarded to Supreme ABF Construction as the lowest calculated and responsive bidder with a total tendered bid of P248.75/cubic meter. Based on the records, the provincial government released a total of P24,468,927.66 to the winning contractor.

Upon scrutiny, the Ombudsman found that Garcia had no authority from the Sanguniang Panlalawigan (SP) when she entered into contracts with ABF Construction.

“While this Office finds merit on her assertion that the P50million allotment for the airport/seaport and other economic enterprise site development program (a capital outlay expenditure that was carried over to the 2012 Annual Budget of the province), was a valid source of appropriation for the Balili project, such appropriation did not validly confer authority to respondent Garcia to enter into a contract with ABF Construction for the Balili project. She failed to point out the specific provision in the appropriation ordinance which supposedly authorized her to enter into the contract,” explained the 15 January 2018 Decision.

The Ombudsman also added that “Garcia violated Sections 46 and 47, Chapter 8, Subtitle B, Title I, Book V of the Administrative Code of 1987 and Section 86 of the Government Auditing Code of the Philippines which proscribe entering into a contract unless a certification of appropriation and fund availability for the expenditure is issued. It is undisputed that the [certification of available funds] was issued only after the [second] contract was entered into by respondent Garcia.”

Meanwhile, Garcia’s co-respondent, Provincial Accountant Emmanuel Guial was found guilty of Simple Neglect of Duty “for certifying in the subject [disbursement vouchers] that the supporting documents are complete when in fact they lacked the required authority from the SP for respondent Garcia to enter into contract.” He was ordered suspended for three months. In case of separation from office, the penalty is convertible to a fine equivalent to Guial’s salary for three months.