Remaining Maute terrorists now on the verge of defeat — AFP 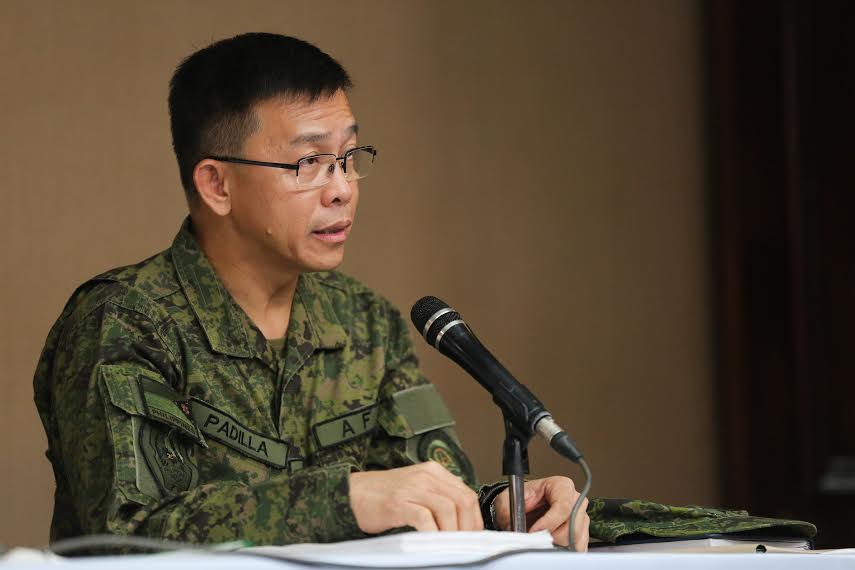 MANILA, Philippines — The remaining Maute Group terrorists, holed up in Marawi City, are now on the end on their rope and are on the verge of being defeated by containing military units.

Armed Forces of the Philippines (AFP) spokesperson Brig. Gen. Restituto Padilla who noted that the surviving lawless elements are now fragmented and seeking refuge in four areas in the city.

In those sanctuaries, the terrorists are hard pressed to find food, water and ammunition as their movements are closely monitored by military units.

Padilla said that these forces are deployed to ensure that the terrorists will not be able to make up any desperate moves like taking of hostages and other atrocities.

With this development, the AFP spokesperson is urging the surviving Maute Group members to surrender so that they can live and be reunited with their families.

As of this posting, terrorists dead are placed at 120, government security forces at 38 and 20 civilians executed in the more than two weeks of fighting which started last May 23.

Recovered enemy firearms are placed at 98 and rescued civilians at 1,271. (Priam F. Nepomuceno/PNA)