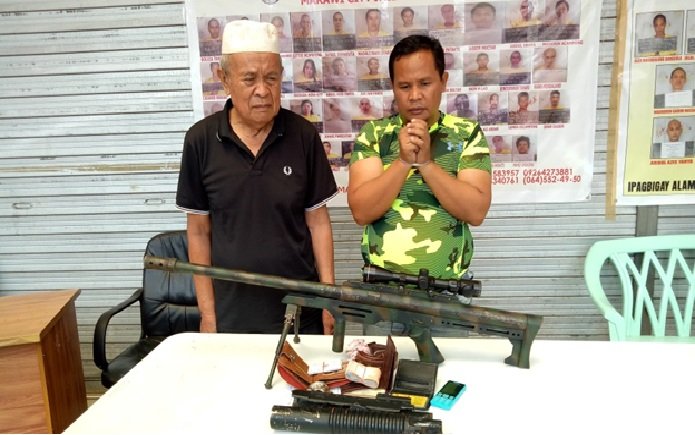 They have been charged by the Criminal Investigation and Detection Group (CIDG-Armm).

Joint operatives from Lanao del Sur police office, the provincial police office along with elements of the 65th Infantry Battalion arrested the two while in possession of improvised caliber .50 Barret rifle and one improvised M-203 rifle grenade launcher.

According to Chief Inspector Leah Y. Cuyco of PRO-Armm information office, the suspects did not resist arrest and are now in the custody of the PNP-CIDG.

Sindac commended the operating troops that lead to the arrest of two suspects believed to be part of the more than 600 jihadist that laid siege in the Islamic City of Marawi on May 23.

Until now, government forces are still battling remnants of the Maute and Abu Sayyaf Group in at least two villages of the city. (EOF/PNA)