Printing of ballots for barangay, SK polls to start Wednesday 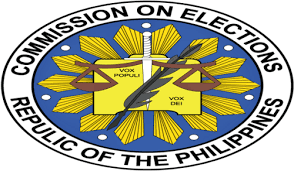 MANILA, Philippines –— The Commission on Elections (Comelec) will start printing the official ballots for the Barangay and Sangguniang Kabataan (SK) polls on Wednesday.

“We will start printing the ballots on Wednesday,” said Comelec Chairman Juan Andres Bautista on Monday.

With this, Comelec Spokesperson James Jimenez noted that the printing will not go full scale as they are still waiting for the final decision on whether to postpone or not the polls which is set on October 23.

Jimenez said they will disclose the areas they will print first on Tuesday.

Compared to the usual practice of printing ballots for areas in the southern part of the country or the farthest areas first, they will not print ballots from these areas yet as they are waiting on the fate of the village and youth polls.

Asked on what they will do with the ballots that have been printed and Congress orders for the postponement of the October polls, he said, “If Congress postpones then whatever ballot is printed will be stored and hopefully repurposed for the next elections kung kailan man matutuloy man ito matutuloy.”

The poll body will be printing some 77 million ballots to be used in the October polls.  – Ferdinand Patinio/PNA