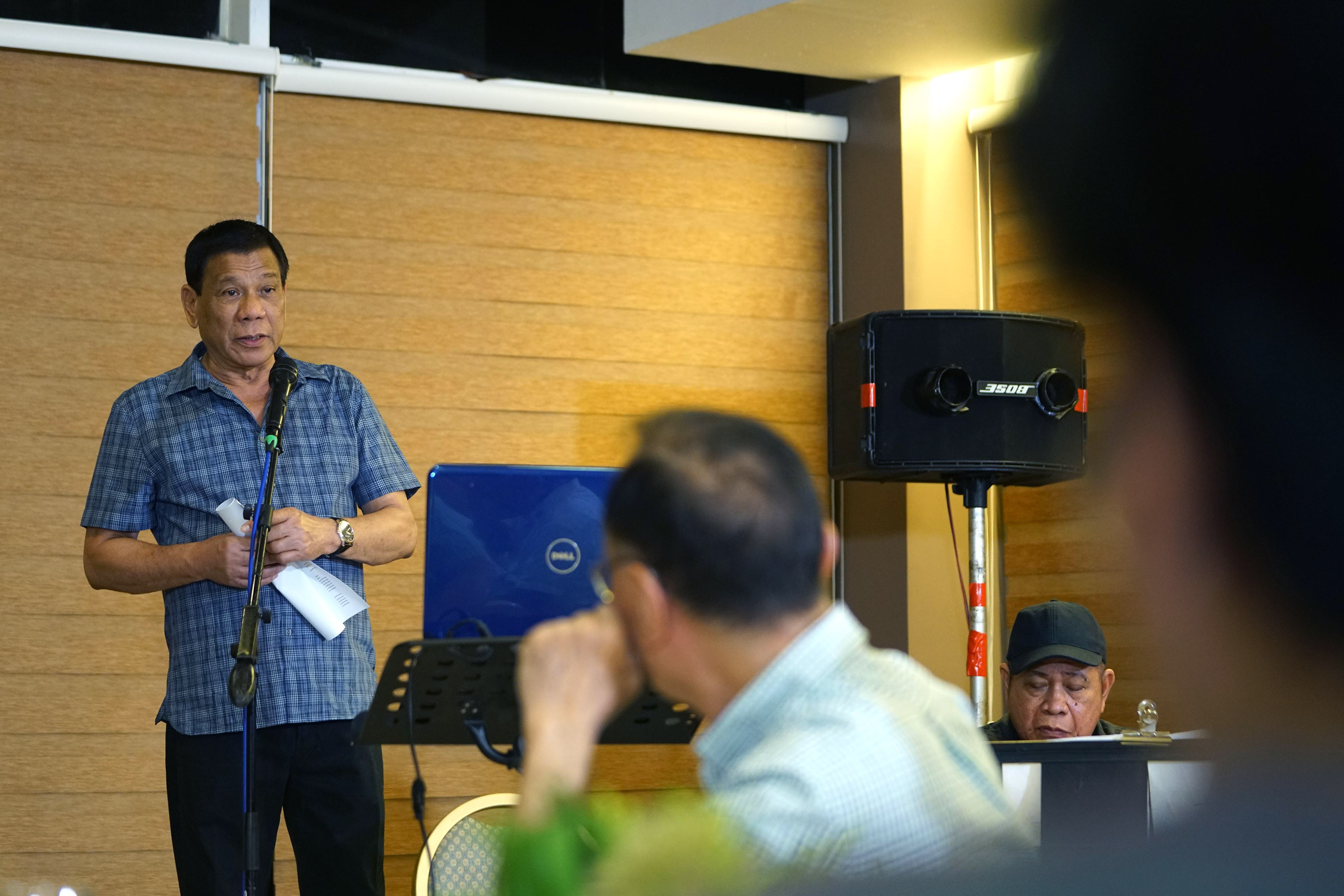 DAVAO CITY, Philippines — President Rodrigo Duterte presented the the Lanao del Sur drug matrix which according to him shows how illegal drugs operate in the province and some provinces in Mindanao which provided financial support to the local terrorists in the island.

Duterte however emphasized, they are still trying to configure how the illegal drugs business was used to establish the terrorist activities in the area.

Based on the intelligence information he gets from the ground, Duterte said the leaders of the terrorists and the drug lords are “really fighting over supremacy of the supply.” “Greed, power and money are always the driving force of illegal activities.

The matrix showed the web of operations of Marawi  former mayor Fahad “Pre” Salic with the eleven druglords with eleven dealers coordinating for the drugs trade.

The links to officials public officials protecting the illegal industry, including an interconnection of the Parojinog drug trade in Ozamis City.

The chart shows the  “Parojinog Drug Trade” in Ozamiz City, which refers to the family of slain city mayor Reynaldo Parojinog Sr.

He said the matrix was the work of the intelligence for the last three months when troops penetrated the “entrails of the city.”

Salic had long been arrested in Barangay San Martin, Villanueva, Misamis Oriental in the early days of the government’s campaign in Marawi City. He was arrested for rebellion charges and violation of RA 9165 or the Comprehensive Dangerous Drugs Act of 2000.

Salic was tagged as the country’s No. 11th most wanted person for his involvement in illegal drugs and one of the country’s narco-politicians behind the Maute Terrorist Group in Lanao del Sur. He is related to the Mautes by marriage because his wife, Rasmia Salic, is the niece of Farhana Romato Maute, the mother of Abdullah and Omarkhayyam Maute. The Maute brothers led the Marawi siege in May.

The President said the information on the drug operation between Salic and his links was a work of the intelligence for the last two or three months when security forces were able to penetrate the entrails of Marawi City.

The President said he decided to release the information despite some missing links somewhere.

“Kaya sabi ko bitawan na natin (So I said we can release it), it’s no use keeping it a secret, for what?” he said, pointing out that it could explain the killings.

“And it’s always a question of thought. It has crept, it’s creeping and at the time when Albuera Mayor (Alberto Jr) Espinosa, then the Odicta (Melvin and Meriam) spouses were killed, I don’t know how it was done,” he added.