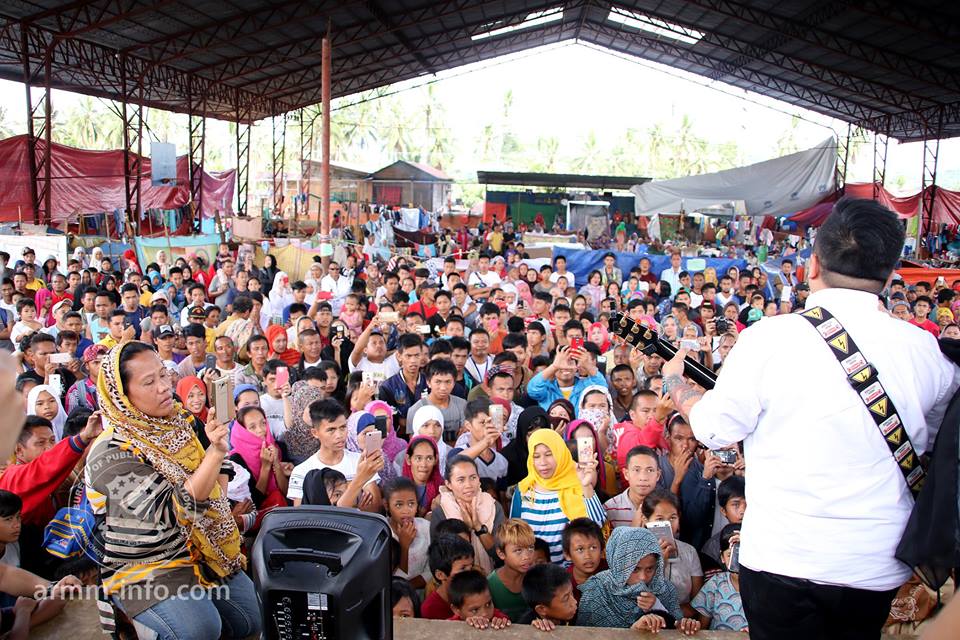 MANILA, Philippines —  The government has so far released PHP3.35 billion to help internally displaced persons (IDPs) affected by the fighting in Lanao del Sur, an official of the Office of the Civil Defense (OCD) said Monday, September 25.

Maranao medical students from Mindanao State University (MSU) joined the group to provide medical assistance to the IDPs, he added.

Purisima also reported that the National Housing Authority will propose for the construction of four low-rise buildings in Marawi City with 60 condo-type units per building.

“It will be constructed at the same time as the permanent shelters and this housing option aims to assist Marawi City Hall employees, teachers, and other employees and will be offered at an affordable price,” the official said.

The post-conflict needs assessment (PCNA) is also ongoing in the outlying areas of Marawi City and other affected localities, according to Purisima.

A Bangon Marawi Youth Leadership Camp, organized by the provincial government of Lanao del Sur and other concerned agencies, is being held in MSU where around 80 youth leaders from the evacuation centers in Lanao del Norte, Lanao del Sur, and Iligan City have signed up.

The youth camp focuses on environmental leadership, peace education and community-building activities.   Also during the same press briefing, Presidential spokesperson Ernesto Abella said the Department of Foreign Affairs (DFA) is working with Vietnamese authorities regarding a sea incident in Pangasinan.

“Authorities are now conducting a fair and thorough investigation into the incident involving a Philippine Navy vessel and Vietnamese fishing boats which were seen fishing 34 nautical miles off Cape Bolinao in Pangasinan well within our exclusive economic zone,” Abella said.

“The DFA is closely coordinating with the officials of the Vietnamese Embassy in Manila on the developments after the incident particularly to facilitate access to five other Vietnamese fishermen taken into custody by the Philippine Navy,” he added.

Abella also commented on the United Nations Human Rights Council (UNHRC) recommendations on how the Philippines protects the rights of the people.

“The Philippines has committed to fully accept 103 out of the 257 recommendations that we received during the Third Philippine Universal Periodic Review (UPR) in Geneva, a careful review and inclusive consultation with inputs from various stakeholders, especially from representatives from the State’s executive, legislative, and judicial departments was done, and in line with our independent foreign policy,” he said.

The Palace spokesman also made an assurance that there are contingencies made by the government as a response to the two-day transport strike in Metro Manila.

He said the Land Transportation Franchising and Regulatory Board (LTFRB) has deployed vehicles offering free rides to affected commuters. “More will be deployed based on necessity,” he added. (PND/PNA)