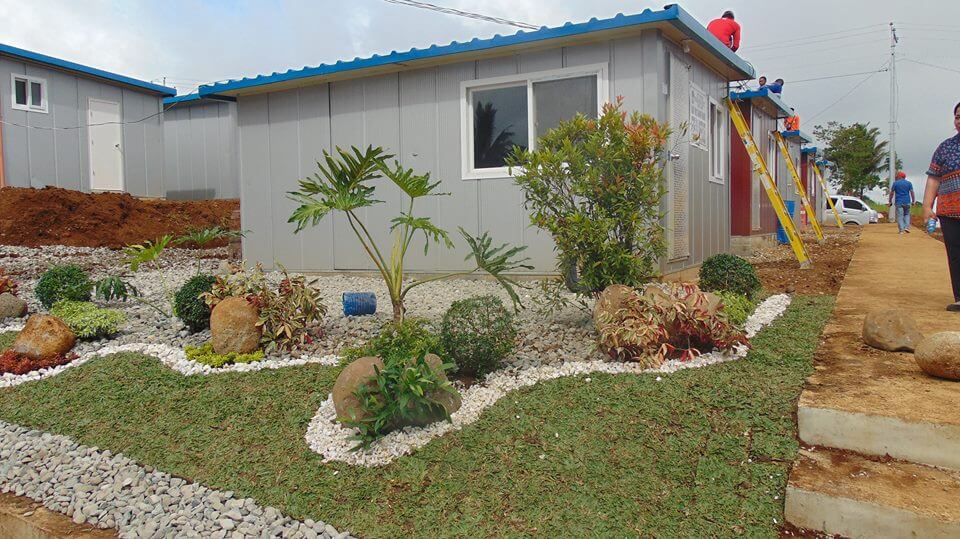 Duterte  was scheduled to turn over 500 temporary shelters  on  December 27, 2017, but his aircraft  failed to land due to  bad weather condition, instead he proceeded to Tubod, Lanao del
Sur.

“The President wants to see and interact  with the internally displaced  Marawi residents who are now staying at the temporary shelters in Sagonsongan, he wants to  hear from them and to  know their conditions,” Escalada added.

The NHA plans to construct 6,400  temporary shelters serving  as transitional homes while the government establish their  relocation  sites.

These shelters are constructed in 40-sq-m lot with 22-sq-m floor area. These are single-detached, prefabricated units with individual power and water installations.

“There is a close coordination among inter-agencies under the Task Force Bangon Marawi, upon the instructions of  the President, the transitional houses are equipped  with the  basic  facilities  needed, water, power,   we work in close coordination with the city government of  Marawi.” Escalada added.

Will the Marawi housing units be the template of the Duterte administration’s temporary shelter?

“The occupants want such type of shelter, they said they are comfortable because all house partition is provided. But, it is up to the President if he considers the housing projects in Marawi be the template,  or we still need to improve it, we abide by the order of the president,” Escalada  added.- Editah Z. Caduaya/Newsline.ph