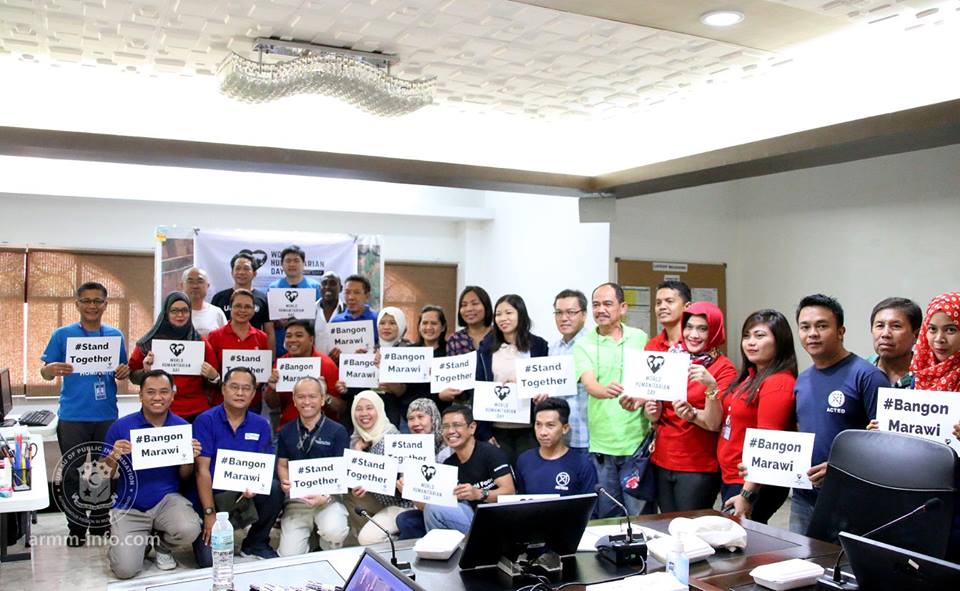 COTABATO CITY, Philippines — The need for a united front to spread love and compassion in the world today is imminent as terrorism and lawless violence continue to wreak havoc affecting innocent lives and properties, a United Nations humanitarian expert said.

“Let’s stand together as humanitarian workers to reach out and attend to the needs of victims of atrocities,” said Muktar Farah, a Mindanao-based UN representative of the Office for the Coordination of Humanitarian Affairs.

“What the world needs now is love to care for the oppressed and displaced victims of hostilities, including those affected by natural calamities,” said Farah whose UNOCHA is working closely with the Humanitarian Emergency Action Response Team of the Autonomous Region in Muslim Mindanao.

Farah underscored Friday the “Stand Together” call as a global theme to commemorate World Humanitarian Day, saying the anti-terror war in Marawi City from May 23 to the present has already dislocated nearly 360,000 civilians with about 77,000 of them staying with relatives in adjacent towns of Lanao del Sur while the rest are housed in 75 evacuations centers in Lanao del Norte.

According to Farah the UNOCHA has already spent $2.9 million in its three-month old humanitarian endeavor and still continuing for as long as the ongoing armed conflict persists to deprive victims of “genuine opportunity to rebuild their lives.”
He thanked all donor countries in their support to the UN mission of peacekeeping and life-saving for humanitarian cause.

ARMM Executive Secretary Laisa Masuhud-Alamia in a short message thanked the utmost concern and benevolence of UNOCHA to the needs of ARMM calamity victims as the regional government moves to strengthen the ties for humanitarian sake.- Charlie C. Señase