Of Decency and Humiliation 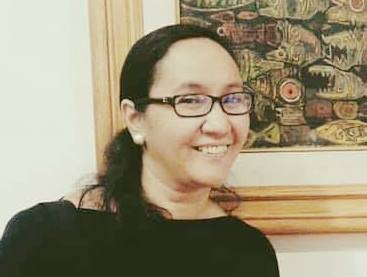 Lean towards supporting those who come out and report cases of abuse and harassment despite the stigma of shame, denial, and fear of the consequences that surround them—in their workplace, family environment and in the larger community which inhibit survivors to report and speak up.

Sexual harassment always thrives in a culture where the act is justified, through victim blaming and shaming. Like many others who grew up in a traditional and religious family, many could have believed the myth that women, if they behave decently, could avoid sexual abuse and harassment.

For many in our generation, this means, wearing “decent” clothing and behaving in a manner that would not provoke unwanted sexual advances nor put us in a situation that could comprise our safety and integrity. Being a good, female family member also means not only doing well in school but also being able to protect oneself from any uncomfortable situation by coming home early and avoiding the company of male friends in school. When things go awry, the default goes to the woman to prove her allegations.

It is this kind of mindset that victim-blaming and shaming that perpetrators often get off the hook. They hide under the cudgel of innocence until the survivor comes out with a battery of testimony and support to prove that the abuse, indeed took place. As if anyone who was abused could muster the courage to record and fully recall the incident.

Oftentimes, I hear people justifying uncomfortable situation and incidents of abuse with, “she must be wearing a short skirt”; “her cleavage must be showing,” or with the powerlessness of, “she must be in a wrong place at a wrong time.” Worse, the belief that anyone who was harassed and abused, had it coming because of an impropriety in their action. Hardly, could I ever recall, was there any discussion on the accountability of the perpetrator of the abuse.

In everything that is unsaid, there was fear. It was as if danger is lurking for a woman to contend with, wherever she goes. Sexual harassment is a manifestation of power relations. But apart from power, the other structural conversation to have about it is on shame, and this time with a shift on the perpetrator of the abuse. It is this politics of humiliation which allows perpetrators, may they be women or men, to create the context by which the survivor continues to be powerless and in the mercy of those who assault them to prove first that their story is believable and that they, as a victim should be believed in.

The culture of masculinity has seeped in so much that women who brave forth to come out to the open and speak out are continually evaluated by how they narrate events, by their appearances and the awareness being fed that their voices do not really matter, nor deserving to be heard and understood.

Despite the provision of law which prohibits sexual harassment and abuse under RA 7877 or the Anti Sexual Harassment Act of 1995, survivors have to contend with the lack of support in the workplace and in the community because the issue is often not deemed serious. When ABS-CBN anchor Gretchen Fullido, for instance, filed a criminal case for sexual harassment against two female executives of the same network, there was an effort to discredit her case by pointing out that the move was laced with homophobia.

Should we be more mindful on our biases and prejudices, and believe that women like Gretchen and the nameless others who are hiding on their own anonymity are to be believed and supported, even as they undergo the oftentimes heartbreaking journey of relieving the pain and of proving themselves in the legal system where most of the sexual harassment cases go down the drain. Email comments to roledan@gmail.com