Posted on January 30, 2018 by NewsLine Philippines 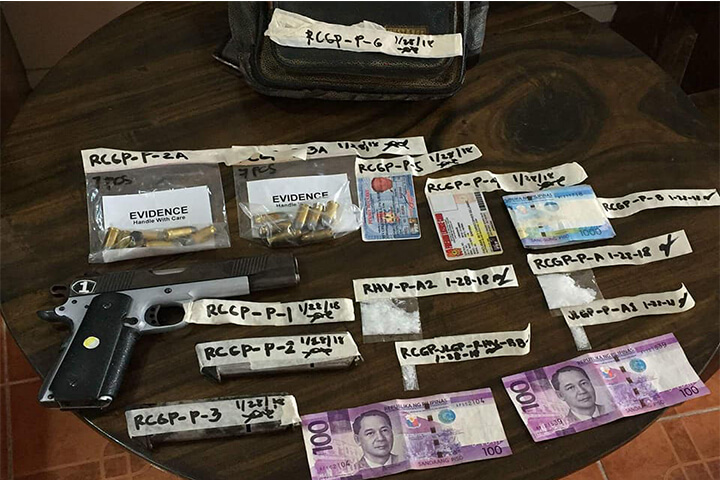 CEBU CITY — A barangay captain in Bantayan Island, Cebu was arrested in a buy-bust operation Sunday night that yielded 141 kilos of methamphetamine hydrochloride or “shabu” and unlicensed handgun and ammunition.

Arrested along with Paclibar were his 64-year-old brother Jose Lea, his 57-year-old wife Annie, and his guest Reynold Villacrusis, 48, a resident of Barangay Yati, Liloan, Cebu.

Seized from the suspects were one large, two medium, and two small heat-sealed plastic sachets of shabu, totally weighing about 12 grams and with a Dangerous Drugs Board value PHP141,600.

Also recovered from the suspects were a .45-caliber pistol loaded with seven live ammunitions, two magazines, 14 rounds of live ammos, the PHP200 buy-bust money, and cash amounting to PHP12,000 believed to be proceeds from drugs.

The Paclibars and Villacrusis are now detained at the Provincial Intelligence Branch (PIB) detention cell pending the filing of appropriate charges against them.