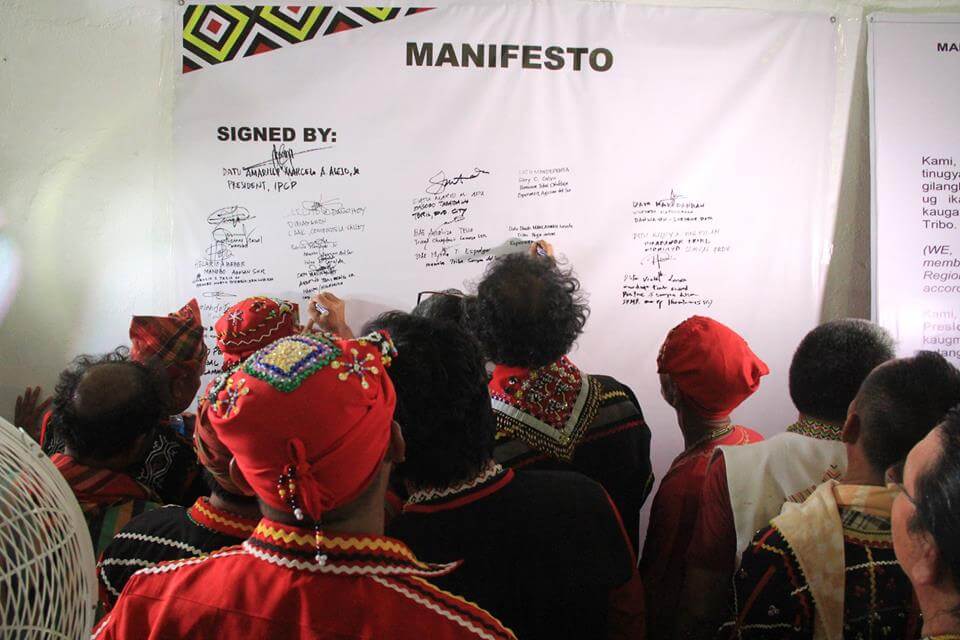 MANILA — Some members of Mindanao’s indigenous peoples (IPs) have expressed their continued support to the ongoing martial law in the island.

Datu Ramon Dayaan, in an interview with DWDD Radio on March 20, said the reports claiming that IP are being abused or having problems due to martial law are not true, adding that sources of these information are coming from Luzon, not from Mindanao.

“Do not believe those news, those reports are coming from Luzon, not from IPs communities in Mindanao,” he said in Filipino.

In fact, Dayaan claimed martial law’s implementation has prevented the New People’s Army (NPA) from executing or killing many IP for not following rules set by the rebels which include none participation in rallies and refusal to join up with the communist terrorist movement.

This earned the Armed Forces of the Philippines (AFP) and President Rodrigo R. Rodrigo the gratitude of IP communities, he added.

Congress, in joint session December 12, has 235 in favor, 28 against, and one abstention in the vote to approve the extension of martial law in Mindanao until December 31, 2019.

The AFP recommended another year-long extension of martial law in the above-mentioned island in a bid to totally neutralize terror groups still operating in Mindanao.

Martial law in Mindanao was declared on May 23, 2017 following attacks launched by the Maute Group in Marawi City.

The House of Representatives, in a special joint session in July last year, granted the extension of martial law until December 31, 2017 at the President’s request.

The Senate and House of Representatives, convening in a joint session early December, granted the Chief Executive’s request for the extension of martial law and the suspension of the privilege of the writ of habeas corpus for a period of one year from January 1 to December 31, 2018.

Dayaan also claimed that it is the communist rebels led by Communist Party of the Philippines founding chair Jose Maria “Joma” Sison who have declared “martial rule” in Mindanao some 50 years ago.

This unlawful declaration by the communist rebels has killed many people, many IPs included, through the years.

Dayaan added that they want the government campaign against the NPAs ended soon as possible as they are the ones being targeted by the communist rebels.

Meanwhile, Datu Diolito Diarog said the encroachment of the NPAs in IP communities has caused divisiveness due to their bringing of rules and culture not suited for these people.

This includes indoctrination that the present government cannot give justice and that it can could only be acquired through armed struggle, he added.

Diarog said “Salugpungan” schools were used by the NPAs to enhance their claims that only the communist rebels can bring in basic services like education to IP communities.

He believes that funding for the construction of these “Salugpungan” schools came from the European Union but said he has no clear idea on the process on how the money was sourced.

Dayaan, meanwhile, believes that the “Salugpungan” schools were built to just to teach IPs the basics of reading and writing and those its real purpose was to teach its recruits how to fight. -PNA