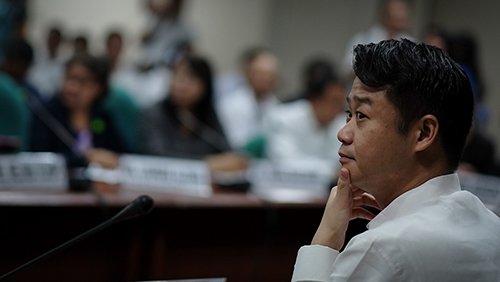 MANILA,  Philippines — Senators previously expressed doubts that President Rodrigo Duterte’s request to pass the comprehensive tax reform package can be passed “in full”, but a senator said that he was hopeful that some changes can be accommodated.

“I’m very optimistic that we will find a solution. I think that’s how legislation is formed, we find a solution until we agree on a solution,” Senator Sherwin Gatchalian told reporters in an interview.

Gatchalian reiterated that while the Senate wanted to grant the President’s request to help the government raise more revenue to fund infrastructure projects, passing the package in full would have several negative impacts.

“I think it’s because it is part of the policy of the administration there is a general support for this bill, but I don’t think it will pass at its original intention or format. Definitely, there will be many changes to accommodate the negative effects of the tax reform,” Gatchalian said.

“I think everyone wants infrastructure, everyone wants a better life for our families and we really need revenues for that, we should also look at the impact of it all in our family’s lives. We need to find a solution,” he added.

Gatchalian again cited “a common fear” on the effect of petroleum taxes and excise taxes to the poor as a reason for the Senate’s hesitation to pass the package in full.

He also pointed out that the Department of Finance has also admitted that there are possible inflationary effects if the package would be approved.

“We want to make sure that this won’t burden ordinary Filipinos. I think it goes without saying that if it becomes a burden to the 100 million population then definitely there will be a political impact not only for the Senators but also for everyone who participated in this measure,” the senator said.

He, meanwhile, expressed hope that economic managers continue to give President Duterte a “full view” of the comprehensive tax reform package — the up and the downside of the package.

Aside from Gatchalian, Senator Juan Edgardo Angara has also expressed reluctance to grant the President’s even after he was given a special mention during the State of the Nation Address.

Angara, chair of the Senate Committee on Ways and Means, earlier said that he was apprehensive about how it would affect how people purchase fuel, oil, gas and diesel and sugar sweetened beverages including milk.

The House of Representatives has already approved the first package with 246 votes that are in favor, nine that are against it, and one abstention last May 31.