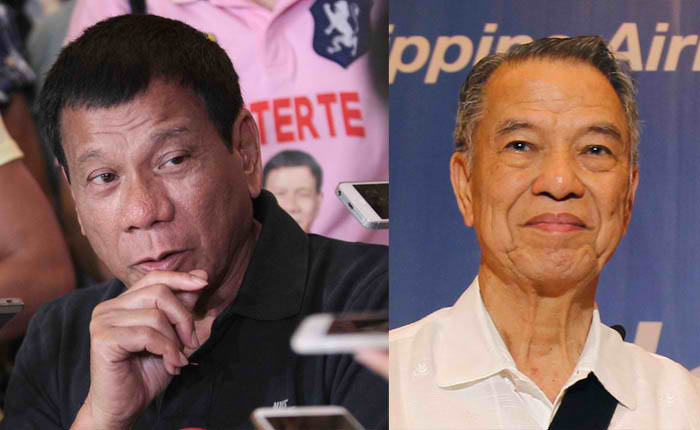 During the last three months of the 2016 presidential elections, trusted men of Tan went to see Duterte in Davao to support his bid but Duterte turned down the offer and instead avoided him.

Duterte who was the guest of honor during 56th Philippine Constitution Association event at the Manila Hotel Tuesday night emphasized he wants businessmen to pay what is due to government.

In his speech, Duterte revealed Tan offered for support as but “Sabi ko, ‘No?’ Sabi ko: ‘Thank you, but——’ And other guys there. Sabi ko, ‘You are using government buildings, airport, you have a back… back —— utang diyan sa runway ‘di mo binabayaran,” he said.

(I said No. I said, thank you, but …and other guys there. I said, you are using government buildings, airport, you have a back, debt there at the runway, you didn’t pay it.).

Duterte advised Tan to address the still unpaid airport charges “‘You solve the problem yourself. I will give you 10 days. Bayaran mo. ‘Pag hindi mo bayaran, eh ‘di sirahan ko. Wala nang airport. So what?.”

(You solve the problem yourself. I will give you ten days. You pay it. If you won’t pay, I will close it. No more airport. So what?”.

Tan is the principal owner one of the country’s largest beverage the Asia Brewery, Philippine  Airlines, he also owns LT Group, and Philippine NationalBank.

On Wednesday, the Department of Transportation  asked Tan to settle the unpaid airport charges with Manila International Airport Authority  which now accounts to P322,112,385.