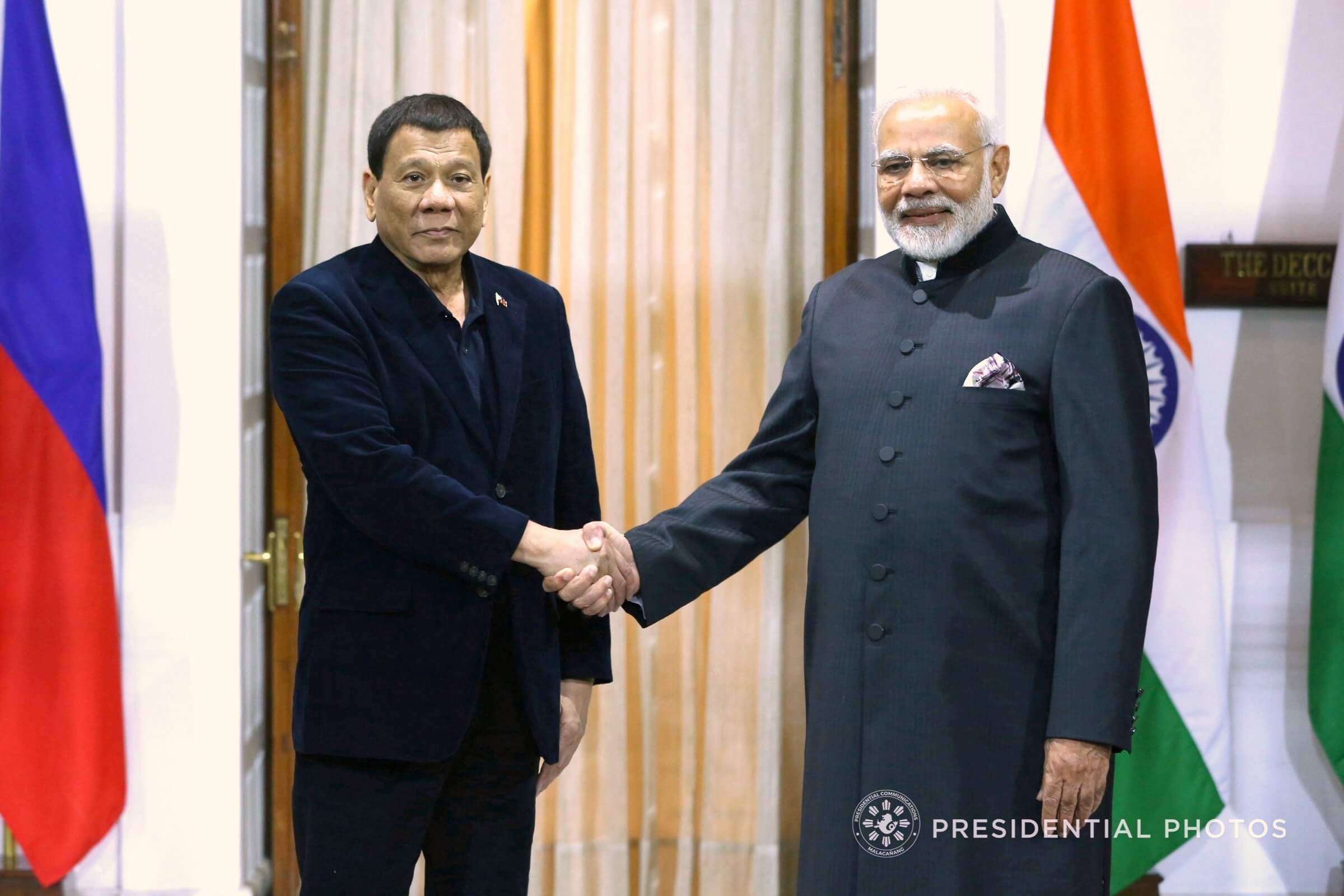 “The two heads of states agreed that relations, while already very good, will even be better and that there will be further bilateral negotiations on issues involving trade and even military cooperation in the next two months,” Roque said in a press conference at the International Media Center in New Delhi.

Roque said President Duterte has emphasized that India and the Association of Southeast Asia Nations (ASEAN) must cooperate militarily in combating modern-day terrorism and threat of piracy.

He said Duterte has manifested his interest to purchase Indian weapons after Modi told him that India have expertise in ships and other military hardware.

“There was a commitment, in fact, for the Philippines to purchase Indian military hardware,” Roque said.

Roque added that the Filipino leader took some time explaining his war on drugs to the Indian Prime Minister who “responded very positively.”

“When the Prime Minister expressed his support for the ongoing concern of Philippine President Duterte against drugs. He in fact said that there might be a need for international cooperation to deal with the menace of drugs,” Roque said.

He said the Philippine President highlighted that the threat to terrorism in the Philippines and in the region is also financed partly through the trafficking in drugs.

“In particularly, the Prime Minister said that he realizes that the threat of drugs to young people is very, very serious. He said that he has in fact raised the issue of the drug menace in the G13 Summit emphasizing that drug traffickers used proceeds from their illicit trade to fund terrorist activities,” Roque told the media.

Roque said Duterte also raised with Modi the idea of coming out with a platform to combat terrorism and piracy.

“He says that ASEAN should not just be an economic body, that ASEAN should consider being active militarily to combat the threat of modern-day terrorism. He was referring, of course, to both ISIS- type of terrorism which is a problem to the Philippines, Indonesia, Malaysia, and even southern Thailand and he was talking about international terrorism at sea which is piracy in the Indo-Pacific navigation route,” he said.

Meanwhile, Department of Trade and Industry (DTI) Secretary Ramon Lopez said the Philippines has submitted seven Letters of Intent and two Memoranda of Understanding to India.

“We had basically about nine agreements with them on how we can expand and strengthen our trade and investment relationship,” Lopez said in the same press briefing.

Lopez said the nine agreements will cover affordable medicines, renewable energy, infrastructure, and IT-Business Process Management which is expected to generate at least 100,000 jobs per year in the next six years. (PNA)