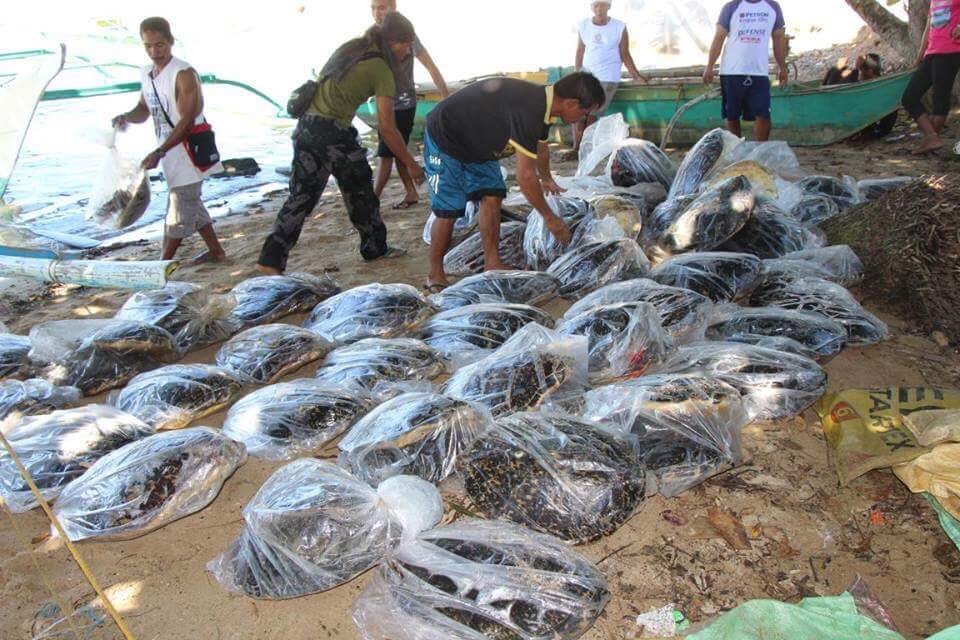 They were discovered aboard a large motorboat that reeked of formalin.

Bagona said two boatmen were arrested following the incident, identified as Rico Gonzales and Kim Aristotiles, both residents of Taytay.

He said they suspect that the dead marine turtles would be brought to Balabac.

Charges of violation of the wildlife trafficking law will be filed against the two suspects. (Jesus M. Ustares/PNA)