Posted on September 26, 2017 by NewsLine Philippines 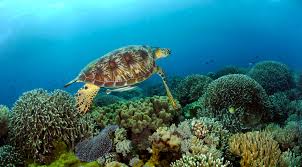 PUERTO PRINCESA CITY, Philippines —  All types of ships with 150 gross tonnage and higher are warned to sail outside the 4,470-square kilometer area-to-be-avoided (ATBA) in the Tubbataha Reefs Natural Park (TRNP) to avoid the risk of accidental groundings.

Commodore Joselito dela Cruz, commander of the Philippine Coast Guard (PCG) on Palawan, said the advice was contained in the “Notice to Mariners” signed and sent by Lieutenant Commander Eugenio Federico, Acting Deputy Chief of the Coast Guard Staff for Maritime Safety Services, CG-8, on September 18.

“The notice for all ships and other watercrafts identified to have the said gross tonnage transiting the vicinity of Tubbataha was sent just recently. It means these ships and vessels have to avoid entering the identified ATBA as the Tubbataha had been designated as a particularly sensitive sea area (PSSA) in the International Maritime Organization (IMO) Ship Routing 2017 edition,” Dela Cruz said.

He said the notice was sent after the PCG Headquarters, under the Department of Transportation (DOTr), received a letter from IMO permanent representative Gilberto Asuque regarding the world famous reef’s ATBA as a PSSA.

It also came after the IMO Subcommittee on Navigation, Communications, and Search and Rescue (NCSR) favored the Philippines’ proposal for an ATBA in a March 2017 meeting in London.

“Because of the adoption of ATBA, all ships traversing through the Sulu Sea will have to follow a direction that will prevent them from going inside Tubbataha Reefs to remove the possibility of another ship grounding,” he said.

Dela Cruz added that the area applied had been approved and the IMO wants to make sure it is implemented by the PCG in Tubbataha.

The designation of the 4,470 sq. km. area-to-be-avoided will keep the Philippines’ most important reef complex and UNESCO World Heritage Site from the dangers of uncontrolled maritime activities, pollution from vessel discharges, and other risky events, he added.

The IMO’s move came following two serious incidents of ship grounding in 2013 in the protected reefs involving a minesweeper of the US Navy and a Chinese fishing vessel.

It can be noted that last year, the Philippines applied to the Marine Environment Protection Committee (MEPC) of the IMO to designate the TRNP as a PSSA with a suggested ATBA of 4,470 square kilometers.

The MEPC then vouched for the application to the Maritime Safety Committee (MSC) of the IMO for the approval of the ATBA as an extra layer of protection to be implemented in Tubbataha.

The process of approval for the extra protection level was completed by all subcommittees of the IMO in June this year.

The September 18 “Notice to Mariners” was the latest development after the approval. (PNA)