Mismatch in curricular programs in some ASEAN schools bared 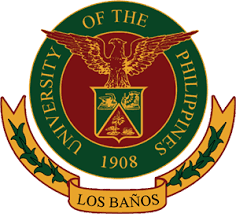 MANILA, Philippines — A University of the Philippines Los Banos (UPLB)Filipino student, elected as the first President of the newly formed Association of Southeast Asian Nations(ASEAN) University of Student Council, is calling for education leaders in the region to resolve the issue on mismatch of some curricular programs in various colleges and universities in its member states thereby causing delay in the studies of some exchange students.

In an interview, John Derick Ordonez, a 19 year old second year Development Communication student, said some subjects were not credited when they transferred or study abroad for a one or two year educational program due to the misalignment in the curriculum of various schools in the ASEAN region.

Some of the subjects taken are either not credited here or abroad. Because of this problem, it causes delay in the completion of studies of students and their graduation, especially those in the undergraduate levels.

“With regards to the curricular problems, I think the education ministers should look into this,” he said. Particularly, he said, it was observed that there were problems of misalignment in social science subjects with more on business and economic subjects that were only accredited by colleges or universities here and in other countries.

This is one of the first two problems identified by the participants during the sharing of students coming from the member states in the recently concluded First ASEAN Student Mobility Forum held in Pasay City, where the ASEAN , the Philippines’ Commission on Higher Education (CHED), and the European Union (EU) joined forces to organize . The move was aimed to capture and promote the benefits of student mobility in the ASEAN region.

About 200 students and alumni attended the two-day forum early this June to discuss the impact of student mobility has on individuals’ studies, employability and careers, as well as on societies and on the ASEAN region as a whole.

Various current pressing problems including issues on economy, environment, the peace and order situation of the country and its member states, were tackled during the forum.

The second problem identified is the occasional delayed financial assistance such as the supply of allowances, stipends and budgetary problems of students abroad. They are forced to struggle to survive when they run out of funds while studying in a foreign land when the help is not there yet, he said.

At the same time, Ordonez said they were also pushing for sustainability of exchange student programs aimed to benefit more students who wanted to study abroad. At the moment, such programs backed by foreign funding through EU-SHARE, ASEAN International Mobility of Thailand, and ASEAN Credit Transfer System, are three schemes that are helping sustain the ASEAN’s student mobility program.

Students who are interested to avail of the exchange student program may apply through the National Youth Commission (NYC), and institutions with international linkages, he said.

He said they wanted the newly created student body council under the ASEAN to serve as a platform for the ASEAN youth to address their needs and be an avenue for the students involved in the mobility in the region to elevate their educational concerns to various educational heads of the region.

At the moment, under his leadership, they were in the process of planning programs and projects and formulating policies, term of reference, and guidelines and laying down the rules that would govern the newly created student body in the future, he said.

Ordonez was elected as President of the Council, during their stay in Japan under the Genesis program last March 13 to 21. On the third day which was on March 15, the announcement of ASEAN Secretariat of an election to be held for chairmanship and other positions to be held for the young participants, came as a surprise because the activity was supposed to be just for cultural exchange only, he said. There were young 130 participants with 13 delegates from each member country.

He explained that Council is recognized by the ASEAN, as its official consensus building body for the youth in the region.His vice chairman is from Cambodia. The one year term of chairmanship, and election for vice -chairman for each country shall be made on a rotation bases, according to Ordonez.

He said they are preparing for the holding of the next Student Council forum next year. At the moment, he said, the Council has an existing executive committee. They are still in the process of establishing a coordinator for each country, and plans to conduct at least three activities for this year.

As a new generation acting as ambassadors of goodwill and advocate of peace in the region he said, “We are looking forward to an environment that is conflict free. Mahirap po mabuhay tayo under conflict. Everyday is a struggle. ”Being the first legitimate youth organization in the ASEAN, he said, they plan to accredit more youth organizations in the region.

“I really hope that the Commission on Higher Education will really be supportive of all these programs also with the student mobility because it would be great opportunity for us po, for the Filipino youth to engage with other countries and also to adopt the best practices. This is also an opportunity to build camaraderie in our region. It will not only benefit the person but it will benefit the whole country. We are training leaders po kasi. This is the next generation. So the government should support the next generation,”he said. (MLG/PNA)