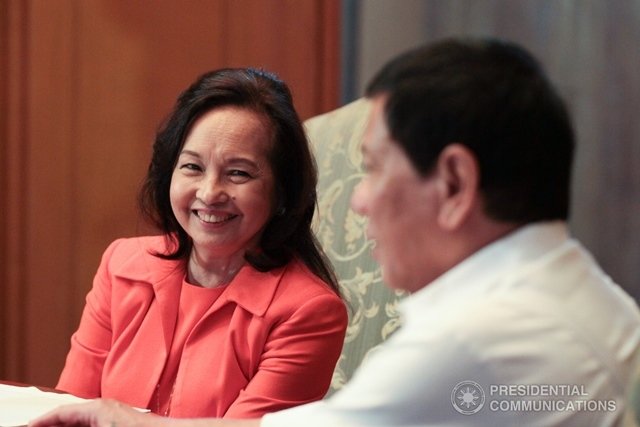 MANILA, Philippines —Women can have their maiden names reverted without passing through the tedious and expensive court process.

This will happen if the proposed House Bill no. 6082 called “Reversion to Maiden Name Act”, will be passed and ultimately becomes a law.

Former President and now Pampanga Rep. Gloria Macapagal Arroyo has filed a measure which seeks to allow women to revert to their maiden names even without judicial court order in cases of legal separation and dissolution of marriage, among others.

Under the proposed law, a  woman may revert to her maiden surname after a decree of legal separation, annulment of marriage, nullity of marriage or divorce without going through a judicial process but only administratively through the Office of Civil Registrar.

Arroyo said her bill “deletes the tedious and expensive court process” associated with the reversion of their surname.

“Despite the laws and jurisprudence on the matter, there is still an incomplete realization of the woman’s right to continue using her maiden name,” she said.

Arroyo explained, “Domestic situations such as legal separation, separation de facto and such other similar instances are areas where women may still be required to recourse to a court process for change of name in order to revert to the use of their maiden name.”

The bill allows a woman to revert to her maiden surname on the following circumstances:

(1) after her marriage has been judicially declared null and void or after its annulment;

(2) After a judicial declaration of legal separation, provided that there has been no manifestation of reconciliation filed with the court;

(3) After a judicial declaration of separation of property, provided there has been no subsequent decree reviving the old property regime between the spouses;

(4) If the spouses stipulated in their marriage settlement that a regime of separation of properties shall govern their property relations;

(5) If the petitioner has been de facto separated from or abandoned by her husband for a period of not less than 10 years;

(6) If the petitioner’s husband may be presumed dead.

In an annulment proceedings,  a woman needs to prepare at least P150,000 to P200,000 to process an annulment in court. The price  include the payment for the professional services of a psychiatrist and a lawyer.

If the annulment is granted by the court, the woman has to prepare at least P50,000  to process the conversion of her documents from the driver’s license to the changing of the identification cards such as  Social Security System and/or Government Service Insurance System (GSIS)/Pag-Ibig mutual fund; Water, power, telecommunications bills ; postal ID and among others.

The Arroyo bill states that  reversion may be be carried out through a petition with Civil Registrar General.-EZC/Newsline.ph with reports from PNA