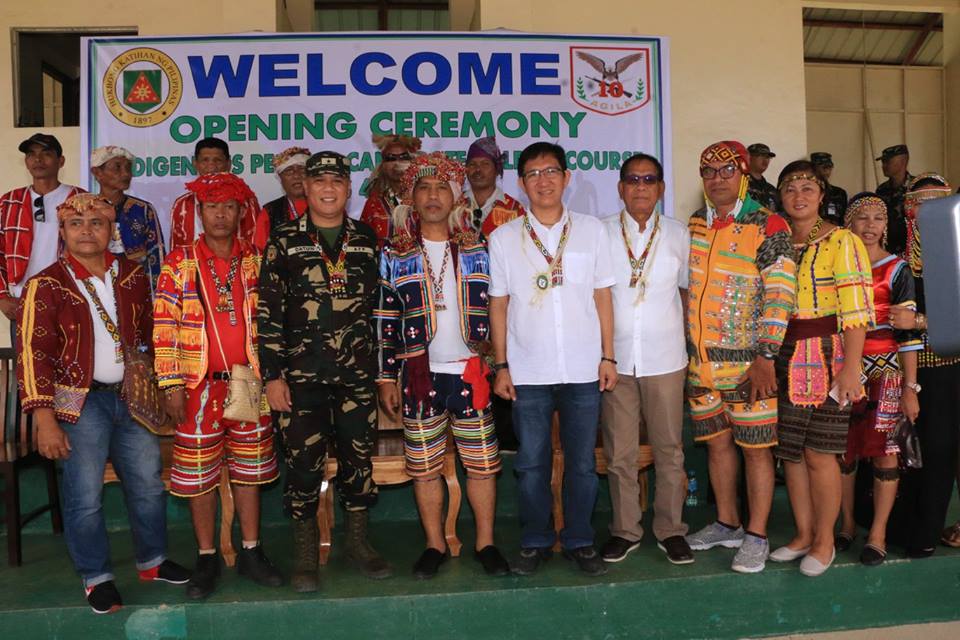 Davao City, Philippines —  Around 280 indigenous people in the Davao Region took their oath as candidate soldiers of the 10th Infantry Division (ID) of the Philippine Army and vowed to defend the constitution and country against lawless elements.

In a ceremony at the 10th ID Headquarters in Mawab Compostela Valley,  10th ID assistant commander Brig. General Bienvenido Datuin bared that the IP soldiers will get the same salary, allowances and other benefits just like the regular soldiers.   “When they graduate,  the same benefits and privileges will given and they are also given the same serial number, ” Datuin said.

The IP soldiers were chosen by the different Brigade Commander in the region.  The eight-week training will focus on execution of the campaign plan, community support program and respect for human rights.

Among the brigades represented under 10th ID are the 1001st Brigade in Compostela Valley,  1002nd in Davao Del Sur, 1003rd in Davao del Norte and 701st in Davao Oriental.

He emphasized that the 10th ID took focused on building the IPs to become soldiers because it is important involve the different tribes in the community in nation building.  “We will make sure that the training will be people centered and developmental in nature, ” he added.

Datuin added that according to the tribal leaders within the area of 10th ID, the move of the division might be the solution to end insurgency.  “You get the people involved,  it’s a collective responsibility, ” he said.

Datuin hopes that there will be more batches to come to help them in the campaign. “It is important that we involve our brothers and sisters in the tribe,” he emphasized.-Armando B. Fenequito/Newsline.ph