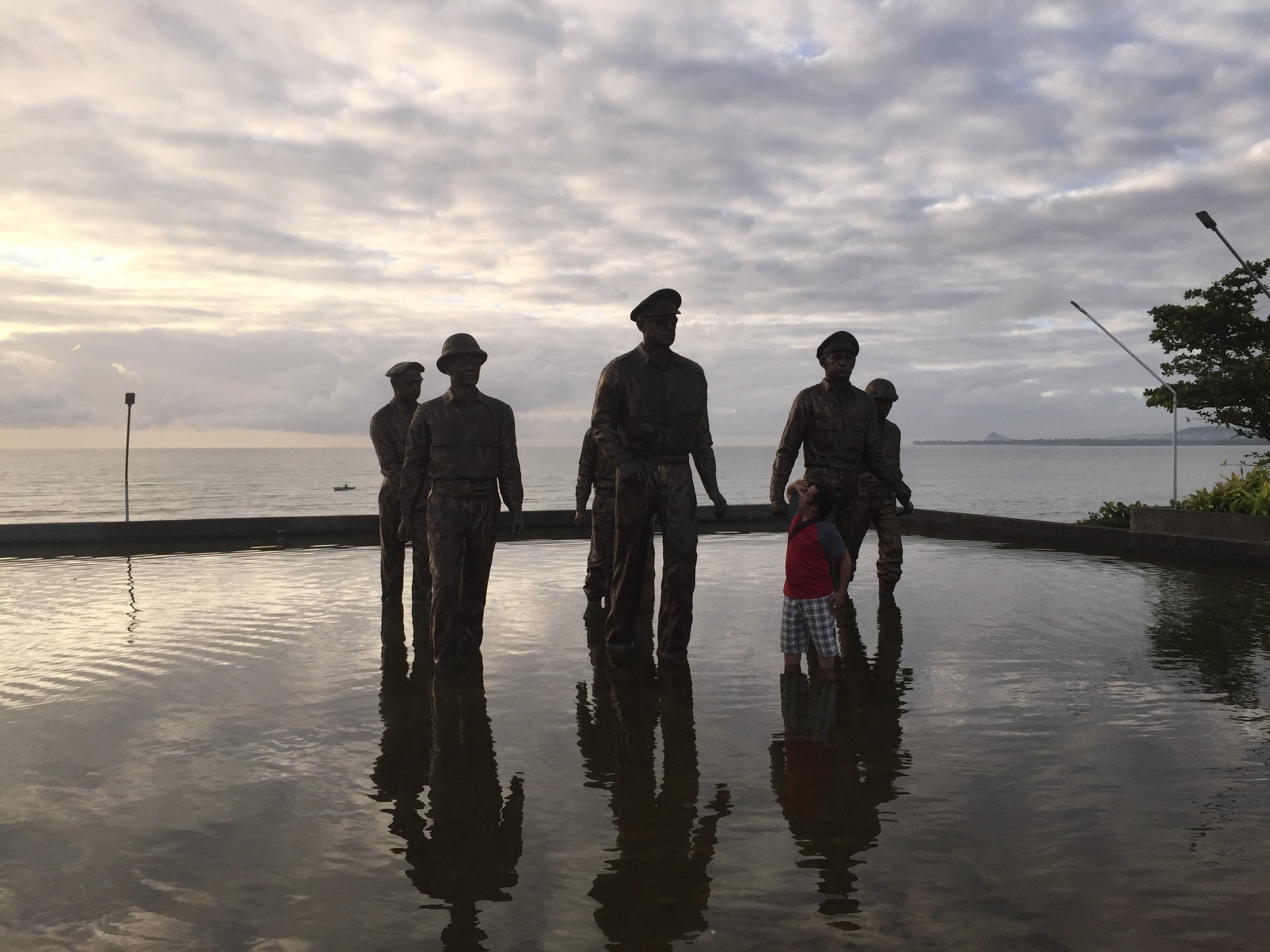 PALO, Leyte, Philippines — The courage and bravery of Filipino war veterans, who fought for peace and freedom during the Second World War, were brought to the fore in the 73rd Leyte Gulf Landing Commemoration on Friday October 20, 2017 at the MacArthur Shrine and National Park here.

In his anniversary message,Leyte Governor Leopoldo Dominico L. Petilla said the yearly commemoration had focused on many causes, but this year, the veterans, called “heroes of World War II” were given more prominence, especially since many of them are in their twilight years.

“In this year’s celebration, we take our veterans’ valor and bravery as an inspiration to work for a more lasting peace and sustainable progress for the people of Leyte and the rest of the country. We must have peace which brings economic and social justice, equality, and greater independence and freedom for all,” Petilla said.

Likewise, he called on the members of the allied countries such as Australia, Canada, Japan and the United States, present during the commemoration, to continue the partnerships forged over the years in working towards achieving lasting peace and sustainable progress.

“The presence of representatives of the allied nations is a fitting reflection of our shared interests, capabilities, and values. I call on their support and shared effort, for the achievement of real justice, economic well-being and social equality for all our people,” Petilla said in his message.

Canadian Ambassador John Holmes said a number of humanitarian groups from his country continue its presence in the province almost four years after super typhoon Yolanda struck the province. The groups are into various humanitarian projects.

Meanwhile, Deputy Chief of Mission of the US Embassy in the Philippines Michael Klecheski assured a “coordinated assistance” to the Philippines in rebuilding Marawi in Mindanao after Filipino soldiers won it back from ISIS-backed Maute group.

On the other hand, Lt. Gen. Oscar Lactao, commander of the Armed Forces of the Philippines (AFP) Central Command, who was the guest of honor for this year’s commemoration acknowledged that the country is facing a different kind of war these days.

“We are facing threats of extremism and we need more heroes in fighting ideological lawlessness, apathy and poverty,” Lactao said.

He vowed the AFP is more committed to work for unequivocal peace and fight terrorism, violence and poverty in all fronts.

The 73rd Leyte Gulf Landing Commemoration was set in low-key this year as the province is gearing towards a bigger commemoration in 2019 to marks its 75th year after US General Douglas MacArthur came back and landed on Philippine shores to liberate the country.

Veterans of World War II, both Filipinos and from the allied forces were also honored during the Sunrise and Sunset ceremonies, marking their bravery and heroism for the years to come.

On Oct. 20, 1944, Gen. Douglas MacArthur, at the head of the largest US fleet of transport and warships, and accompanied by Commonwealth President Sergio Osmeña and Gen. Carlos P. Romulo, landed at Red Beach of this town to reclaim the Philippines from the Japanese.

The Battle of Leyte Gulf is remembered as the largest naval battle ever fought in modern history. It was fought in four separate engagements near the islands of Leyte, Samar and Luzon from October 23 to 26 in 1944. -By Ahlette Reyes and Roel Amazona/PNA