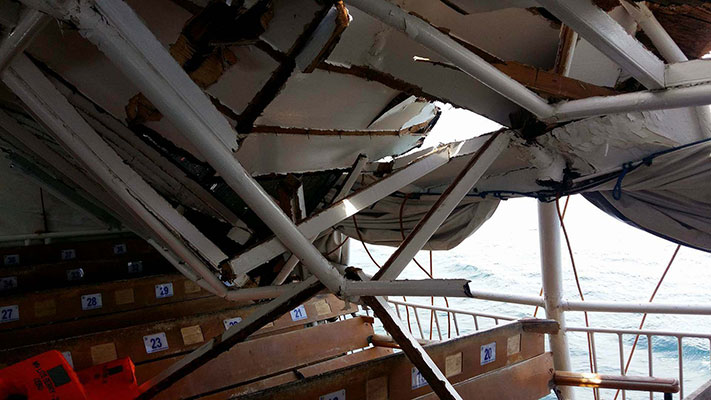 CEBU CITY, Phillippines  — The 54 passengers and 24 crew members and officers of M/V Lite Ferry 20 of Lite Shipping were all declared safe after they were accidentally hit by a cargo ship off Lawis Ledge, Talisay, around 12:30 p.m. Friday.

M/V Lite Ferry 20 was bound for Tubigon, Bohol when it was accidentally hit by LCT Seamine 8 of Seamine Ventures Corporation.

The PCG allowed Lite Ferry to continue to sail to Bohol after the sundeck’s vessel was damaged in the collision.

M/V Lite Ferry also figured in a sea mishap in November 1, 2017 which resulted in the death of the 29-year-old mother.

The dead body of Editha Abellana was retrieved early November 2, 2017 off the waters of Cuaming Island.

Almoradie said pump boats or motor bancas are not allowed to travel during nighttime and only allowed to sail during daytime.

Investigation said the MBC Judith was towed by another motor banca, MBC Carmel, from Mocaboc Island on its way to Bagong Banwa Island. The passengers were in the island to pay respects to their loved ones.

However the two motor bancas stopped at the channel, which was part of the route of the commercial vessels in the area, afte MBC Carmel ran out of fuel.