Posted on August 20, 2017 by NewsLine Philippines 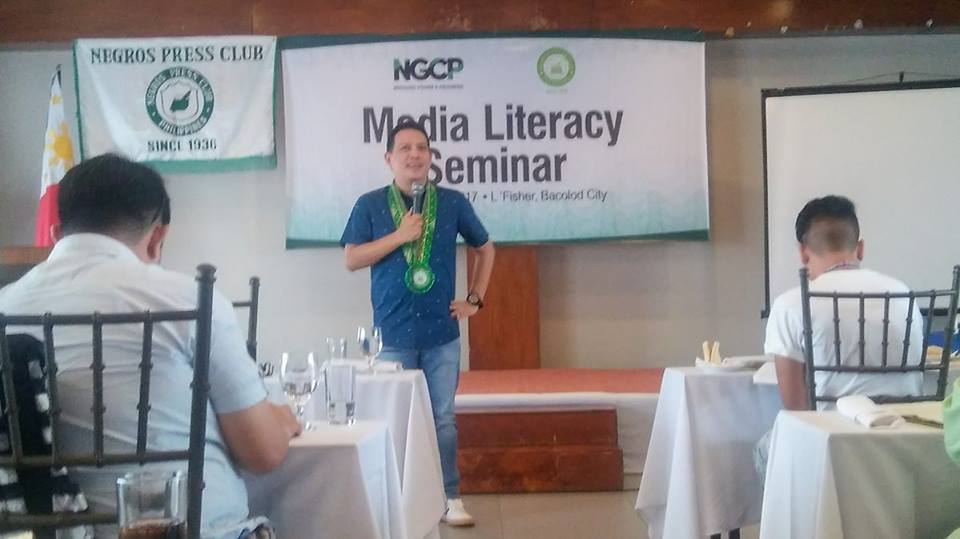 BOHOL, Philippines— “What is fake news? How to detect a fake news from an authentic one? and how to determine a legitimate news agency?

These was among the questions discussed during the recently concluded seminar among print and broadcast journalist from Bohol and other cities of Visayas.

Alvin Elchico of ABS-CBN broadcasting network emphasized the need among journalist to determine fake sites as news sources are critical in the information dissemination in molding public opinion.

How to detect fake news from Facebook and fake news sites on the internet  were also discussed.

One can easily determine the fake news from an authentic news by just going to the websites.

The  Media Literacy Seminar  was held in Bacolod City under the auspices of  Negros Press Club .- Allan Dalagan/Newsline.ph