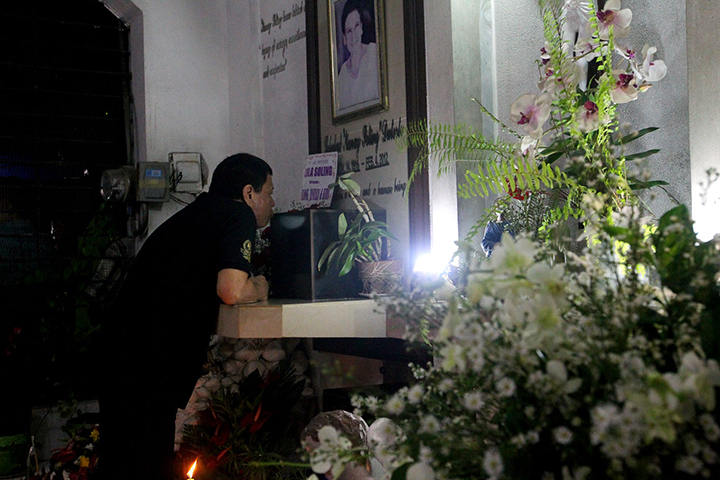 President Rodrigo Duterte joined Filipinos all over the country in remembering their beloved dead, as he visited the tombs of his parents Soledad and late governor Vicente at the wireless cemetery in Davao City 10:30 November 1.

Duterte had to reschedule his visit due to heavy dowmnpour.

Davao residents were also drenched in water as many of them waited for his visit.

Baste or Sebastian his younger son, joined him during the visit.

Asked how he felt visiting his parents’ tomb as president, Duterte said his parents would probably be in disbelief that their son was the chief executive.

On May 10, dawn, hours before his election as President, Duterte visited his parents graveyard as he cried loud asking for their support as he was set to lead the country.