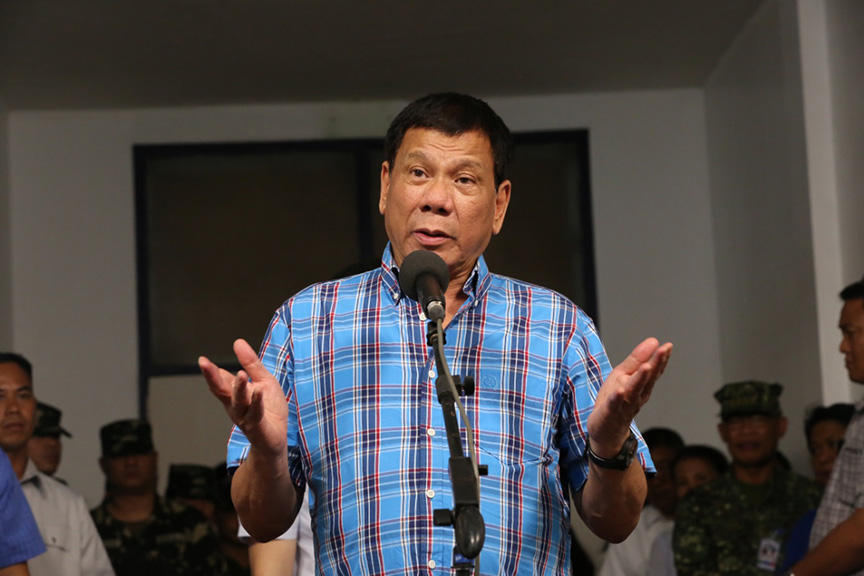 Filipinos have a ‘very high’ optimism level under the Duterte administration.
The 3rd Quarter 2016 Social Weather Stations (SWS) survey, conducted from September 24 to 27, found many Filipinos  anticipate an improved quality of life and better economy in the next 12 months.
Net personal optimism posted a score of +43 as more respondents felt their lives to improve in the year ahead.
Net optimism about the economy, on the other hand, scored +44 as more respondents foresee the better improvement in the economy in general.
Malacañan welcomed this latest survey as it took note of so-called ‘very high net gainers’ (+19), or those who believed that their personal quality of life had changed compared to twelve months ago.’
This is a record-high from the previous +11 in March 1987,” Presidential Communications Secretary Martin Andanar said.
Andanar added that the numbers are “encouraging and are consistent with the findings, also from SWS, that declining number of families rating themselves as poor/mahirap.”
“They affirm that the Duterte Administration is on the right track in its fight against drugs and crime while pursuing a 10-point socioeconomic program, “ Andanar underscored.
SWS classifies net personal optimism as ‘very high’ (+30 and above), ‘high’ (+20 to +29), ‘fair’ (+10 to +19), ‘mediocre’ (+1 to +9), ‘low’ (0 to -9), and ‘very low’ (-10 and below).
Net optimism about the economy scores of at least +10 are considered “very high”; +1 to +9, “high”; zero to -9, “fair” because “a slightly negative score is already better than normal”; -10 to -19, “mediocre”; – 20 to – 29, “low”; and those – 30 and below as “very low.
Be informed
Top Stories