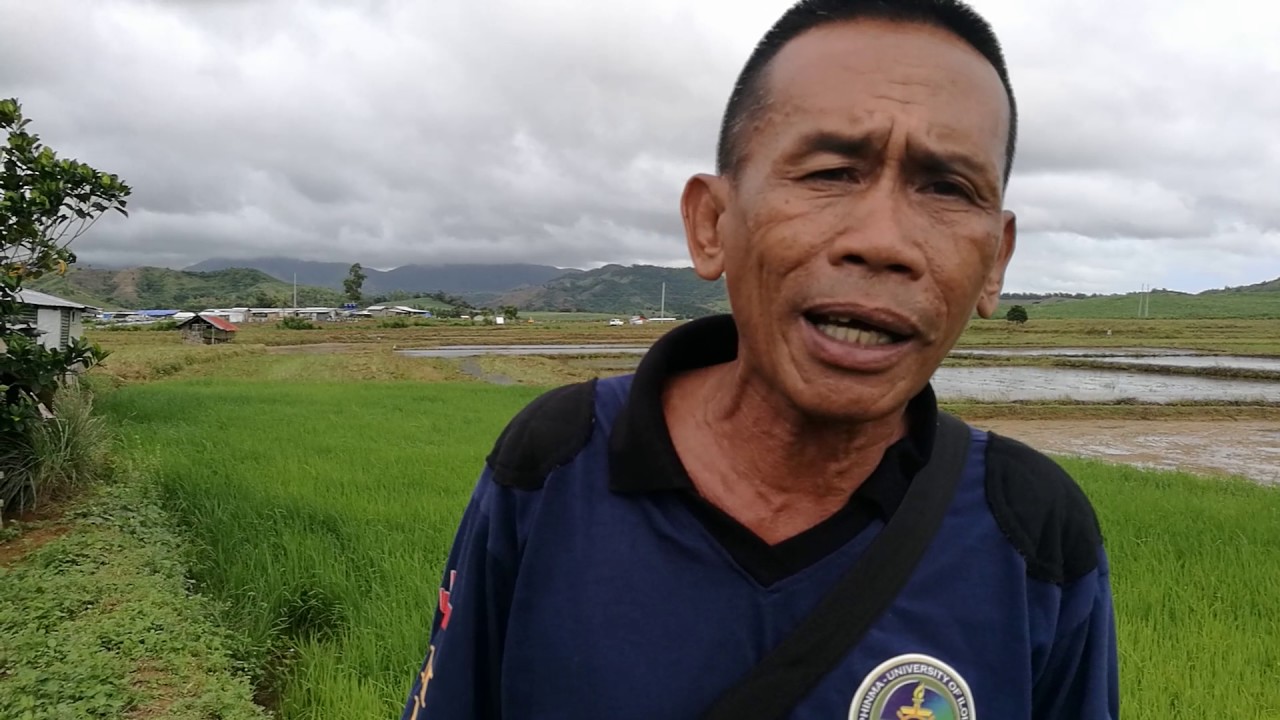 A group of farmers is urging Department of Agrarian Reform (DAR) Secretary Rafael Mariano to intervene in a land conflict in Iloilo and stop the illegal conversion of an agricultural landholding in the province before the situation worsens into violence and death due to stiff landlord resistance.

“We appeal to you Ka Paeng to immediately address our plight. Our lives are now in imminent danger as the influential heirs of the former landowner have employed every means to stop us from occupying and working in our land – from illegal conversion to intimidation, harassment, and death threats,” said 53-year-old Jerry Navarro, farmer-leader of Bagacay Farmers Association, a member of national peasant federation Task Force Mapalad.

Since a decade ago, the association’s 57 farmers were already the owners of the 74-hectare landholding in barangays Bagacay, Manduawak, and Cubay in this province’s San Dionisio town.

However, the peasants didn’t know their legal rights to the land because the DAR, during the Arroyo administration, did not distribute to the farmers their certificate of land ownership award (CLOA).

A copy of the CLOA showed that the DAR was supposed to award the certificate to the farmers on November 28, 2006 and that the same was entered at the Registry of Deeds on November 29, 2006.

Navarro said that what made their case worse was when they found out only last year that they were supposed to be already the long-time owners of the 74-hectare landholding but the same property was being illegally converted into a housing project between the local government of San Dionisio and the National Housing Authority (NHA).

“In August of last year, then San Dionisio Mayor Peter Paul Lopez asked to meet us at the municipal hall where he told us about the housing project supposedly for our benefit as victims of Super Typhoon Yolanda and that we had to pay P500 monthly for each unit. He also incidentally told us about our CLOA,” said Navarro.

“We then checked with the local DAR office if indeed we were already the landowners of the 74-hectare property. We were able to secure a copy of the CLOA dated 2006 wherein we saw our names listed on the certificate as the landowners and beneficiaries of the government’s Comprehensive Agrarian Reform Program (CARP),” he added.

Navarro said they were surprised to know that for a decade, the DAR withheld the CLOA and that when they found out about it, the local government and the NHA were already converting the farm into a housing estate without their knowledge.

Government records show that the Sangguniang Bayan of San Dionisio reclassified the 74-hectare property into non-agricultural use and that in August 2016, the municipal council authorized then Mayor Lopez to sign a memorandum of agreement with the NHA for the construction of a 3,400-unit housing project in the land owned by the farmers.

Lopez, former mayor of San Dionisio, who sought for re-election but lost in the May 2016 polls, is among the children and heirs of Carlos Lopez, the former landowner of the 74-hectare farm.

According to Navarro, the former mayor’s brother, Eugenio Eusebio “Bebot” Lopez, who is former barangay chairman of Bagacay and also Carlos’ heir, has been intimidating, threatening, and harassing farmers to stop them from claiming their rights over the 74-hectare property.

In August last year, Navarro said then barangay chairman Eugenio Eusebio, armed with a .45-caliber gun, went to their residence and to the houses of other CLOA holders and forced them to sign unknown documents, which they later found out served as waivers to the farmers’ right over their CARP-awarded land.

Navarro said that after the farmers disowned the documents that Eugenio Eusebio forced them to sign, the latter had a steel gate built along a supposedly public road in Bagacay that leads to the farm and houses of the CLOA holders.

He said the barangay chairman continued to block the road despite the issuance of a right of way and injunction order by the Regional Trial Court-Branch 66 in Barotac Viejo, Iloilo, ordering Eugenio Eusebio Lopez not to bar the people from passing through the area.

On April 28, 2016, the Office of the Ombudsman for Visayas suspended for eight months Eugenio Eusebio as chairman of Bagacay after the CLOA holders complained against Lopez’s threats and harassment.

Also included in the complaint was Lopez’ resistance to the DAR provincial office’s move to segregate the boundaries of the 74-hectare property. During a dialogue with DAR representatives, Lopez slammed on the table his .45-caliber firearm. Scared, the representatives were unable to conduct the survey and install the CLOA holders in their respective lots within the 74-hectare landholding.

The Ombudsman found Lopez liable for conduct prejudicial to the best interest of the service, violating Section 4c of Republic Act 6713 or the Code of Conduct and Ethical Standards for Public Officials and Employees.

“The office finds that the acts complained amount to Conduct Prejudicial to the Best Interest of the Service. The offense is deemed a grave offense punishable for a period of six months and one day to one year,” the Ombudsman said in its ruling, adding that Lopez was “meted the penalty of suspension without pay for a period of 8 months and 1 day.”

On Sept. 8, 2016, DAR Region VI Director Gideon Umadhay issued a cease and desist order against the on-going construction in the 74-hectare property, saying the conversion of the landholding for housing purposes was premature and illegal because it did not have clearance from the DAR.

According to Umadhay, since the enactment of Republic Act 6657 or the Comprehensive Agrarian Reform Law of 1988, the conversion authority to reclassify agricultural landholdings has been vested in the DAR.

“It is if no moment whether the reclassification of agricultural lands to residential, commercial, industrial or other non-agricultural uses was done by the LGUs or by way of presidential proclamations, because either way, they must still undergo conversion process,” he added.

Umadhay said that even in emergency needs such as the construction of resettlement areas for those who were affected by Typhoon Yolanda, DAR Administrative Order No. 9 series of 2014 still requires a land use conversion clearance from the department.

Despite the ruling of the DAR regional director, and amid the land conversion moratorium being enforced by the department under Secretary Mariano and President Rodrigo Duterte’s watch, the CLOA holders remain uninstalled in the 74-hectare property, which is continuously being developed into a housing project, according to Navarro.

Eugenio Eusebio Lopez’s camp has not stopped from harassing the CLOA holders, according to Navarro.

Navarro said that earlier this November, he learned that he was put under surveillance and that two men were paid P60,000 to kill him.