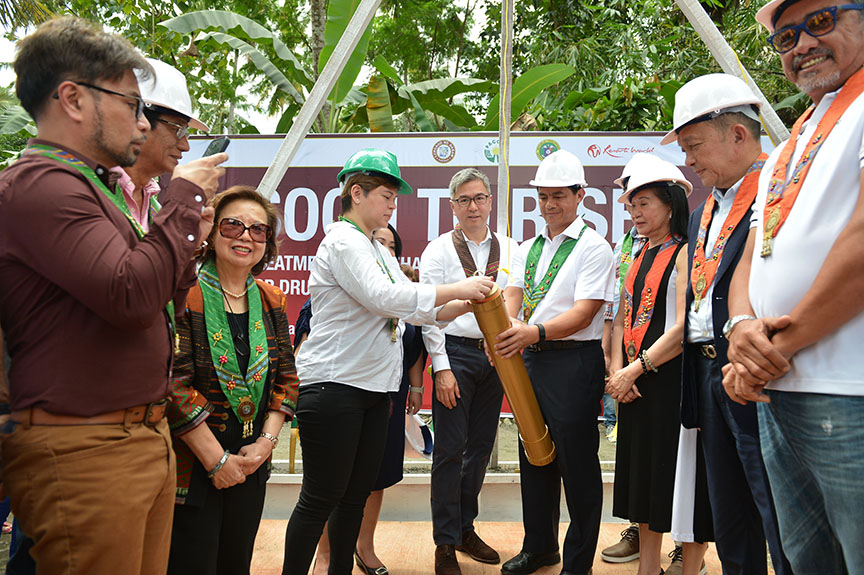 Davao City Mayor Inday Sara Duterte was thankful for the new drug rehabilitation center which will be built in Barangay Malagos starting next year.

The P200 million 224-bed facility is expected to be completed before 2017 ends. It will offer services not only to drug dependents from Davao City but also to those who are coming from all across Mindanao.

On Tuesday morning, Mayor Sara spearheaded the groundbreaking ceremony for the new facility.

She was joined by executives from the Resorts World Philippines Cultural Heritage Foundation and the Philippine Gaming Corporation (Pagcor), which will be funding the construction of the center.

“Today, we break ground on the future site of a facility that will enable us to help more drug dependents win of their destructive habits so that they may return from their families as renewed individuals, move forward with their lives and contribute to nation building,” the mayor said.

The two partners will shoulder the expenses of the construction, while the city is tasked to manage the operations of the rehab center.

“The counterpart of the city will be the operation of the drug rehabilitation center — everything that involves running the facility,” she said.

Kingson U. Sian, the president of Resorts World Philippines Cultural Heritage Foundation, said they have chosen Davao City as the site of the project because President Rodrigo Duterte’s anti-drugs campaign all started in the city. Before he was elected president, Duterte was mayor of Davao for over two decades.

“Everytime people ask me why Davao City, I always answer them with another question — why not? I mean it all started here,” Sian said.

Mayor Sara reminded the public of that the end goal of the war on drugs “is to eradicate illegal drug use so that we won’t need rehabilitation centers anymore.” CIO