Posted on January 14, 2017 by NewsLine Philippines 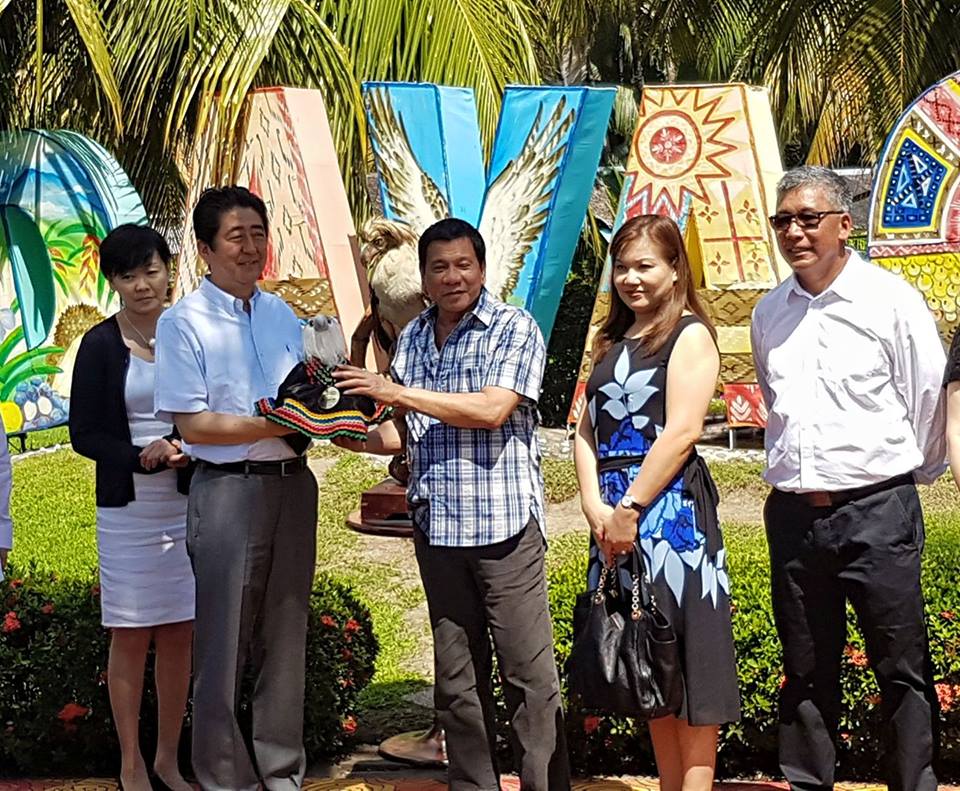 To symbolize the adoption, Philippine Eagle Foundation executive director Dennis Salvador handed a stuffed toy Philippine Eagle and a portrait of the Eagle to Duterte as the later gave them to Abe during the ceremony held at the Waterfront Insular Hotel.

The eagle suffered an airgun shot to her lower left abdomen and is still undergoing treatment at the Eagle center in Malagos, Calinan District this city.

The Mindanews reported, eagle was found at the foot of the Pantaron Range, along the boundaries of Talaingod town in Davao del Norte and San Fernando in Bukidnon, weighing 5.2 kgs, “highly suggestive of her being female.”

“Sakura” was discovered standing at the bank of a river by Ata Manobos who were night-hunting for frogs in the area. The young eagle was allegedly docile and did not resist capture,” it said.

The bird was turned over to the PEF team on December 12, 2016 through Talaingod Mayor Basilio Libayao.