Posted on January 18, 2017 by NewsLine Philippines 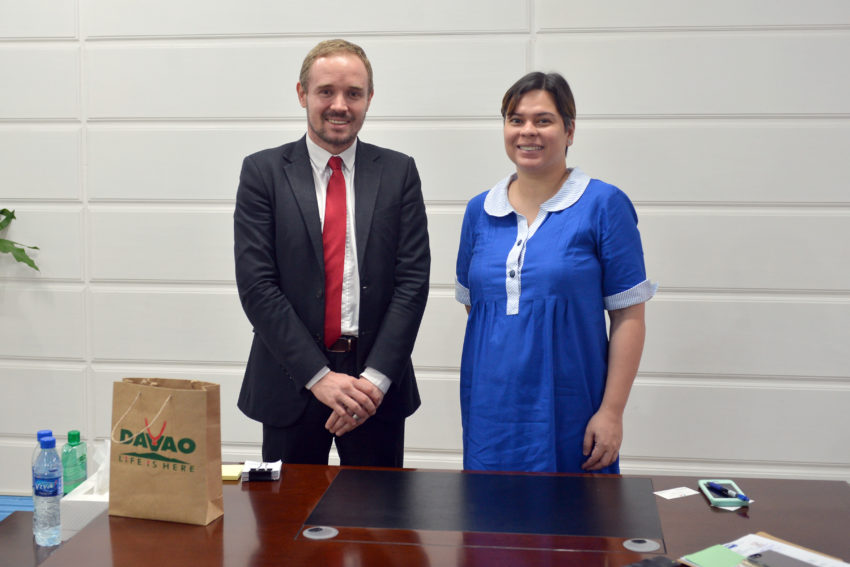 Le Godec who was interviewed by Newsline.ph Sunday, January 15 said  Davao plays an important role in Mindanao “The President is spreading development in the country and Mindanao is on top of his development agenda.

In fact, they are scheduled to send French businessman for a business mission in Davao.

Efforts to conduct a French Film Festival in the city is underway for Davaoeños to understand and learn the culture of French people.

Last Monday, Le Godec paid a courtesy call to Mayor Sara Duterte in an effort to seek the support of the City Government  of Davao for the possible conduct of a business forum between French  and local companies so they would be able “to find room to expand their economic cooperation,” as City Information Office reported.
This, he said, would enable French businessmen “to see for themselves what projects they can put up” in the city.