Duterte to GOCCs: No more bonuses without my approval 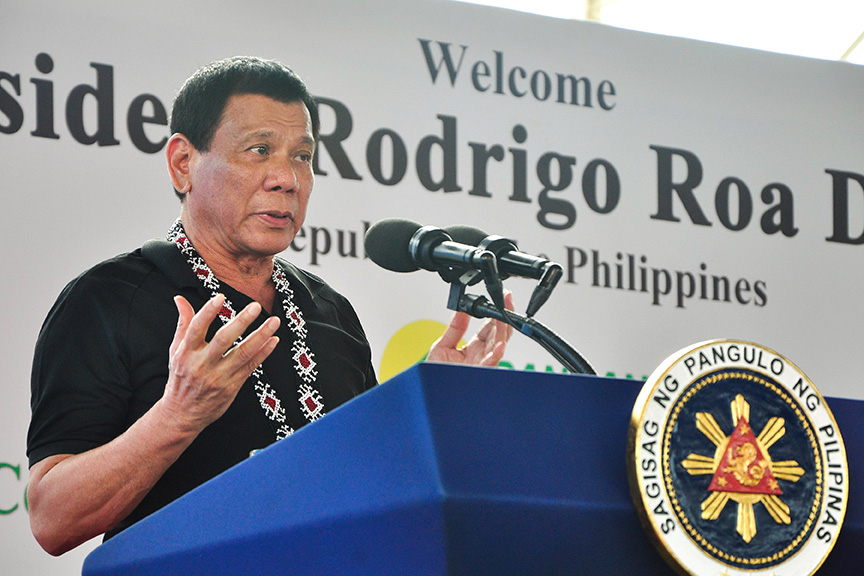 President Rodrigo Duterte will not allow any increase of your salaries, your emoluments without his approval.

“Kayong nasa (You who are in) government corporations and SSS (Social Security System), you award yourselves with the — liberally with money of the people I have issued an order. You go down, down as down,” the president said.

“There will be no more increases of your salary — of your monument without my approval. I will bring you to my level,” he added.

Speaking during the groundbreaking of a power plant in Maasim, Saranggani, Thursday, 26 January, Duterte aired his opposition on granting hefty benefits to officials of some government- owned-and-controlled corporations which to him is lavish and unjustifiable.

Taking note of the situation, Duterte vowed not allow them to increase their emoluments without his approval.

Government corporations like the SSS and Government Service Insurance System (GSIS) used to give hefty sum to the top officials during Christmas and provide them huge amount for bonuses.
“There will be no more increases of your salary, your emoluments, without my approval,” he said.

Last Wednesday, in a speech in Tacloban, Duterte warned government officials against using their positions to enrich themselves.

“Do not enter government to milk government,” he said.

There would be no more increases worth millions, he said.

“It’s not acceptable to me,” he added

Duterte noted that as president, he only receives a monthly salary of P130,000.