Posted on February 1, 2017 by NewsLine Philippines 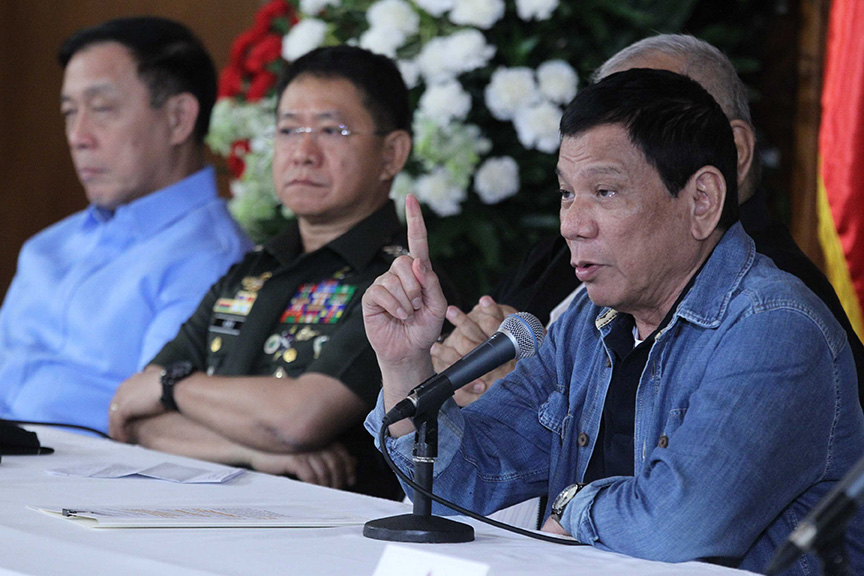 (It’s over, I you violate that, I will dismiss you if it still exist. Not only that, I will manhandle you to have a remembrance from me, I said stop it).

However, the disbandment does not mean ending his war on drugs as he commits to continue it  until the last day of his term.

Embarrassed by the death of businessman  Jee Ick-joo, on the grounds of Camp Crame – the PNP’s national headquarters, Duterte said the rogue police officers abused their power to engage in kidnapping activities.

By now, the  Philippine Drug Enforcement Agency (PDEA) would be the “overall head” of the anti-illegal drugs campaign, and the PNP’s anti-narcotics unit would be working closely with the PDEA.

The police personnel and officers  who are under investigation are expected to be reassigned in conflict areas such as Jolo, Basilan and Basilan.

Dela Rosa promised “I will do my job to the best of my ability I hope I will not fail the president and the Filipino people.” -Editha Z. Caduaya