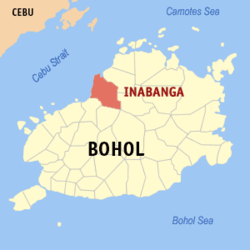 DUMAGUETE CITY, April 11 (PNA) -– Joint Government forces prepares for a possible assault to finish off or neutralize the suspected Abu Sayyaf rebels who are believed to be holed out in a house in the interior sub-village of Sitio Ibaya, Barangay Napo in
town, Bohol.

Five ASG members were reported killed during the encounter.

Three soldiers and a police were also killed.

Lt. Col. Dodie Belloga, commander of the 47th IB, late Tuesday afternoon,  disclosed ” efforts are being made to retrieve two of his men who were killed in action from the site of the clashes.”

But the third soldier and the police officer who were also killed during the first volley of gunfire early Tuesday could not yet be removed from the site as they are in the proximity of the house where the suspected Abu Sayyaf bandits are holed in.

Unfolding events throughout the day revealed that hundreds of civilians were evacuated to safer ground, in coordination with local officials and the Department of Social Welfare and Development (DSWD), as the government troops prepare to launch assault during the night.

The motorboats that the rebels used in going to Bohol were also destroyed by the government forces.

Media reports vary on the number of casualties on the side of the armed group, some saying there were at least 11 killed, but the 47th IB commander said he based his report on body count, or the retrieval of five bodies of dead armed men.

Lt. Col. Belloga also denied reports that a military chopper was shot down by the rebels.

He said the choppers are being used for troop insertion and delivery of provisions.

Augmentation forces have arrived and they have now contained/cordoned the area where the rebels are.

A military tank has been deployed to the encounter site while air support is on standby.

Belloga said that before the night is over, he is hoping that the joint police and military operations would result in the capture or neutralization of the suspected Abu Sayyaf rebels. (PNA)