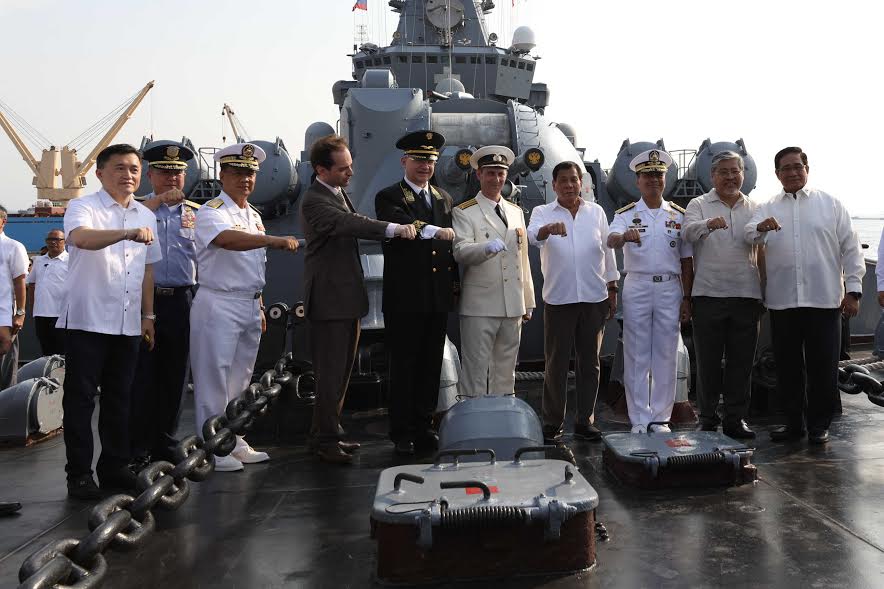 The chief executive was accorded arrival honors at Pier 15 by the Russian Navy contingent.

Duterte was accompanied by National Security Adviser Hermogenes Esperon and Department of Foreign Affairs acting Secretary Enrique Manalo for the tour inside the war ship.

“The Russians are with me, I shall not be afraid,” the President said as he stood for a photo with the Russians.

The President also went to the ship museum as well as the Admiral’s room for the guest book signing.
President Duterte earlier said he welcomed the invitation of Russian President Vladimir Putin to visit their country.

The President revealed he will visit Russia to forge stronger relations.

In January, the President visited the Russian large anti-submarine ship Admiral Tributs, which also anchored in the country for a goodwill visit. (PNA)