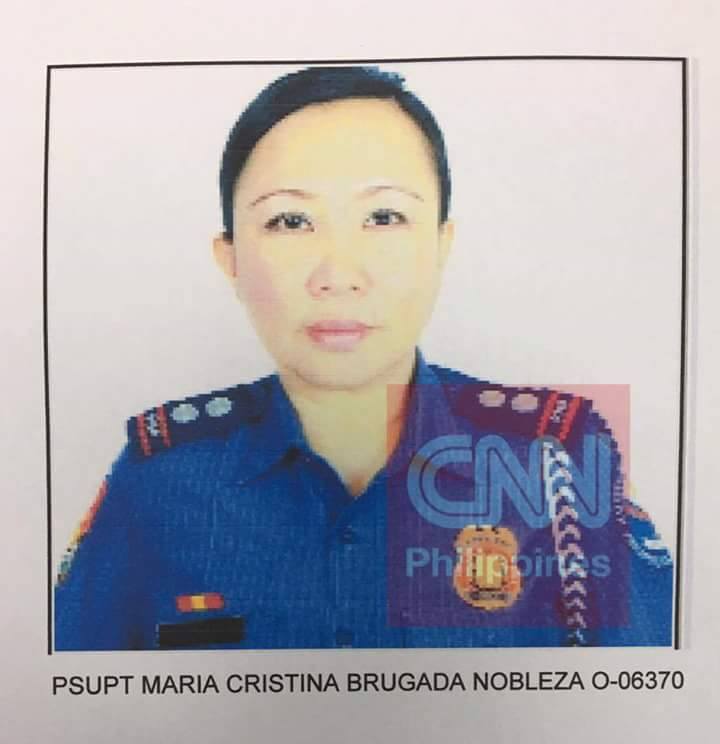 Police Supt. Ma. Cristina Nobleza and her driver identified as Reenor Dongon were speeding towards Clarin when their vehicle was flagged down by the blocking force of the joint police and military operatives.

The police regional command  was not aware of Nobleza’s trip to Bohol, “dapat nasa headquarters lang sya kasi may memo sya to undergo a training (She should have been in the headquarters as she received memo to undergo training),” Dela Rey told Newsline.

The joint police and military operation was ongoing when a speeding a black Nissan Navara pickup passed a police checkpoint in Barangay Bacani, prompting soldiers to chase the vehicle.

The chase ended in Sitio Kabasakan  just about 150 meters away from the cave where remaining ASG members were hiding.

Dongon, who carried the alias “Kudri,” is said to be a brother-in-law of Khadaffy Abubakar Janjalani, the founding leader of Abu Sayyaf who was killed in September 2006.

Dongon  has a pending arrest warrant issued by a regional trial court in Cagayan de Oro City for a double murder case.

Police record showed she was previously assigned at the AIDG before it was dissolved. Dela Rosa said Nobleza was transferred back to her mother unit at PNP Davao Crime Lab.

“She was romantically involved with ASG member, Rennor  Dongon. She will be charged and dismissed from the service. She is sleeping with an enemy “Nahulog sa PAG-IBIG,” he added.

Capt. Jojo Mascariñas, spokesperson of the Philippine Army’s 302nd brigade told reporters Nobleza claimed they were in Clarin on a “tour” and just happened to be passing by the area near the clash site but the probes did not buy her story as investigators found in her mobile text messages believed to be from ASG asking for rescue.

While inside the police station, Nobleza  asked to go to the toilet  but she dismembered her phone and her sim  card thrown outside the room but K-9 dog found it later.

The mobile conversation showed Nobleza was communicating with the remaining Abu Sayyaf members in Clarin who were asking to be rescued.

Nobleza consistently denied links during interrogation insisting she was on a tour in Bohol and happened to just pass by Clarin.

She even invoked the Miranda doctrine to avoid further questioning.

Their arrest came just as joint police and military forces continue to scour the mountain villages of Clarin to search for the remaining Abu Sayyaf members, now believed to be just numbering to three.-Editha Z. Caduaya/newsline.ph