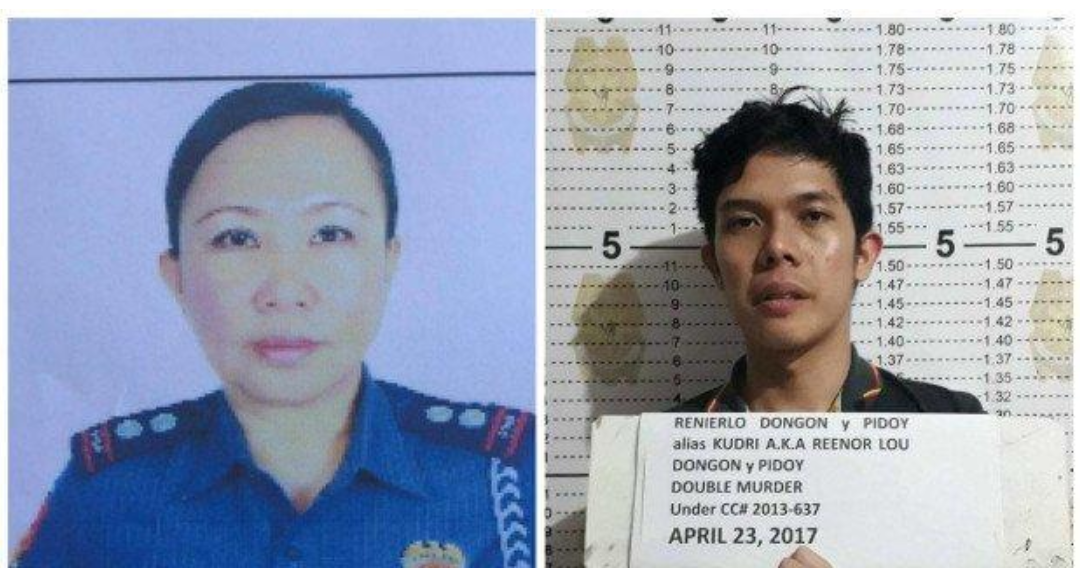 DAVAO CITY, Philippines-– The deputy  director of the Police Regional Crime Laboratory  here is in trouble.

Police Supt. Ma. Cristina Nobleza along with his driver/husband Renierlo Dongon, alias  Kudri, aka Reenor Lou Dongon were arrested Saturday in Clarin , Bohol after trying to rescue members of the Abu Sayyaf Group.

Nobleza rose from the rank, she used to be part of the police Intelligence Group at the police national headquarters but the unit was dismantled last year.

Nobleza is unknown to many officials and personnel here.

On March 14, 2017 (Tuesday) she reported for work as  deputy director of the PNP XI Crime Laboratory.

But she only reported for three days. On March 17  (Friday) she went to Metro  Manila and never came back.

The next thing the regional command heard was the news that Nobleza was arrested in Bohol.

Nobleza was part of the police contingent sent to Timor Leste for a peace keeping mission in 2008.

Nobleza was married  to another member of the PNP who is now a police attache assigned in Pakistan.

Sources said after the Timor Leste mission, the relationship of the couple became sour which led to separation.

Unconfirmed reports, Nobleza had an affair with another peacekeeping volunteer which led to her change of religion.
“Nag balik Islam na sya (She is an Islam convert)” the newsline source revealed.

From then on she kept travelling abroad.

Police chief Ronald dela Rosa said Dongon and Nobleza met in 2013 at the detention facility of a presidential anti-crime group in Camp Crame.

Dongon was detained at the Presidential Anti-Organized Crime Commission (PAOCC) after he was arrested in Marawi and brought to Manila.

“It was Nobleza who was  assigned at the PAOCC and was  tasked to interrogate Dongon.” Dela Rosa revealed.

During the news conference, the PNP chief narrated “‘Yung nakakulong si Dongon noon, siya (Nobleza) ‘yung taga-interview kasi miyembro siya, naka-assign siya sa PAOCC (When Dongon was detained, she (Nobleza) interviewed him because she was a member and was assigned at PAOCC).”

“Habang nakakulong si Dongon (While Dongon was detained), they let the love begin,” he added.

Dela Rosa said Dongon was arrested in 2013 by joint operatives of the CIDG, Intelligence Group, Philippine Army, Autonomous Region in Muslim Mindanao and Region 10 police in a raid in Marawi.

Dongon, is a relative of slain Abu Sayyaf founder Abdurajik Abubakar Janjalani and was said to be a student of Malaysian terrorist Zulkifli bin Hir alias Marwan, was brought to Manila and detained at PAOCC.

Dongon, was born in Siquijor but also a member of Balik Islam.

Dongon is the brother-in-law of Marwan, the ex-wife of Khadaffy Janjalani became the wife of Marwan when Janjalani died.

He was among the suspect in the 2012 Maxandrea hotel Bombing in Cagayan de Oro which killed two persons.

In 2013, Dongon arrested in Marawi City by elements of the PNP in relation to the April 23, 2000 Sipadan, Malaysia Hostage.

A highly placed source said Dongon was in possession of assorted high powered firearms and improvised explosive devices (IED) during the raid but the crime laboratory in CDO refused to accept the evidence citing lack of jurisdiction.

The operatives then decided to bring the evidence in Cotabato City for examination.

However, Dongon was released because the operatives failed to file the case during the prescribed period because of travel delays.

The arresting team took time to transfer the evidence as they needed to pass via Marawi route to avoid getting ambushed.

The  team felt they were left out  by their superiors  when they were aware of the risk in carrying dangerous explosive components as evidence and  no one from the team knew how to handle it.

The Congress,  led by then Congressman Samuel Pagdilao investigated the incident but the unexpected development happened, the government instead filed administrative complaint against the police.

Dongon was released with the help of Commission on Human Rights XII who took custody over Dongon thru a certain Supt. Convento.

Days after Dongon was released in 2013, the Limketkai Mall in Cagayan de Oro was bombed (July 26, 2013) which killed several people.

Among the Abu Sayyaf Group, Dongon is called their bomb expert.

Nobleza worked at the PNP  crime laboratory, which conducts investigation on bombs in question and studies the  chemical composition while Dongon as bomb expert,  knows chemical combination. Are they  strange bedfellows? -Editha Z. Caduaya/Newsline.ph