Lopez sings “I believe I can Fly” after CA rejection 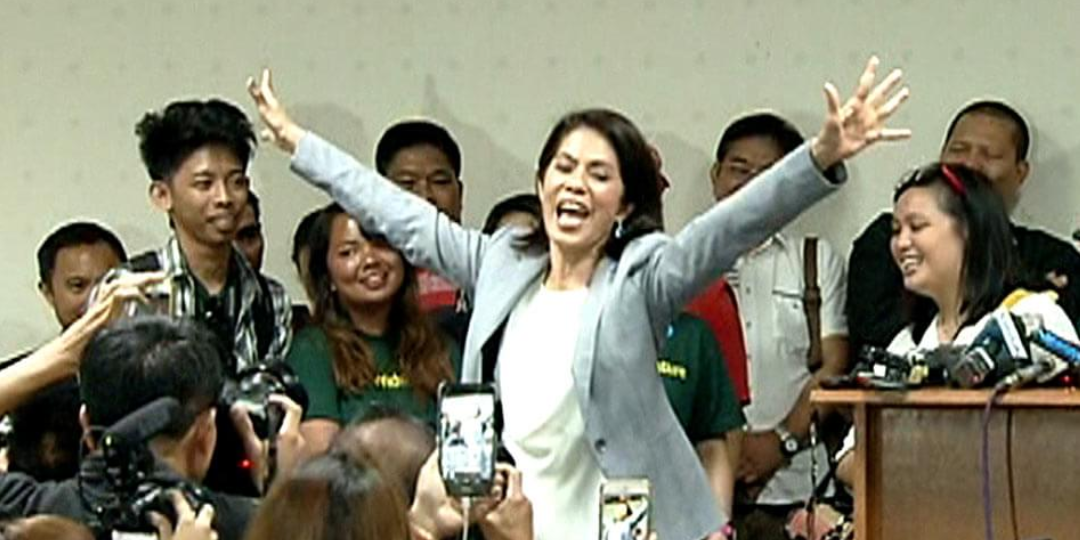 MANILA, Philippines— The powerful Committee on Appointments rejected her bid for confirmation as Environment Secretary but Regina Paz Lopez she never showed bitterness.

In fact, the former secretary sing the song “I believe I can fly”, even invited her staff and reporters to sing with her.

Lopez was rejected but her advocacy for environment remains.

She lost the position but not her passion to protect mother nature, says her staff.

The ABS-CBN in a report said Senators who voted against Lopez’ appointment are Panfilo Lacson, Alan Peter Cayetano, Gringo Honasan and Miguel Zubiri voted against the appointment of Gina Lopez as DENR secretary.

Ejercito told reports before the executive session ‘It’s not often you find somebody who has that courage to go against the giant mining firms, the tycoons of the mining industry. So whatever they said about her (Lopez), let’s not miss this opportunity pass with somebody who would really implement ‘yung (the) mining law, without fear or favor.”

Lopez was loved by the pro-environment but most hated by the mining groups who wantonly violated environmental laws.-Editha Z. Caduaya/newsline.ph