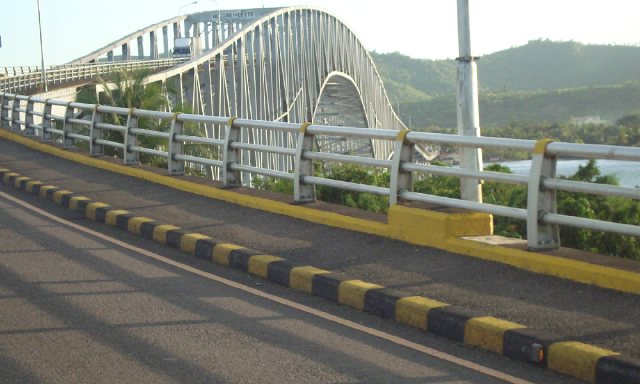 DAVAO CITY– Bridges linking Cebu and Bohol, Cebu and Negros will rise before the term of President Rodrigo Duterte ends in 2022.

Secretary Mark Villar of the Department of Public Works and Highways (DPWH) said the proposed 20-kilometer long Cebu-Bohol bridge is very feasible because of low seawater areas for bridge alignment.

Based on the plan, the bridge will connect the town of Cordova, Cebu and Getafe in Bohol.

The feasibility study and advanced detailed engineering design, which cost P80 million, was submitted to the Economic Development Cooperation Fund (EDCF) of Korea, the funding source for the project.

It said that the project is deemed “necessary and appropriate” to revive the proposal and expand its original concept into a multi-access bridge linking the two provinces.

“This Bohol-Cebu Multi-Access Friendship bridge would also pave the way from here for unexplored economic opportunities” of both the provinces of Bohol and Cebu.

The proposal was conceptualized by the late Bohol governor Erico Aumentado, who coordinated with then mayor Adelino Sitoy for the project, but it was not realized.

Sitoy is now a presidential liaison while the son of the late Bohol Governor Aris Aumentado is now a Representative, the two vowed to work out for the realization of the bridge to spur economic growth in the island.

While the five-kilometer Cebu-Negros bridge will be constructed from Santander town in Cebu and to the Municipality of Amlan in Negros Oriental.

Villar however revealed the seawater is so deep but he emphasized “We have to study the best alignment for these two bridges.”

Constructing bridges between islands will provide people affordable access and unlimited travel time, and movement of cargo ensured as weather condition will no longer affect the movement.

As it is now, one has to pay at least P500.00 for a fast craft to reach Bohol while those with vehicles need to pass via other route to travel via the Roll-on Roll-off (RoRo).

During bad weather sea travel is suspended. At present, the Philippine Coast Guard will restrict vessels of 1,000 tons and below when Pagasa raises signal number one during a storm. -Editha Z. Caduaya/Newsline.