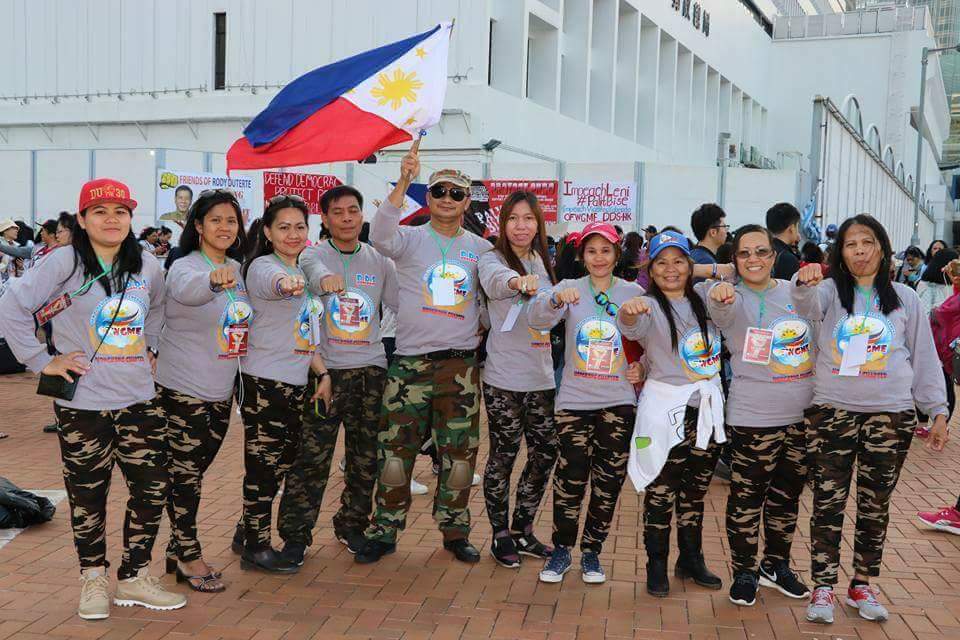 Davao City, Philippines– Hundreds of Overseas Filipino workers (OFW) are excited while others dismayed as they await the person whom they consider their icon and protector-Philippine President Rodrigo Duterte.

Many of them have switched their day off as Saturday is a working day for them, among them is Teresite Alcontin Deolas who says “I’m so excited but dismayed because many of my friends are not given the slot.”

While majority are excited, many are dismayed as they were given false promises by Philippine Embassy officials asked them to submitted documents and ended up being rejected.

Althea Ori, a staunch supporter of Duterte told newsline “I will ask my employer to go home early because I need to see the President “kahit ipa-duty nya ako sa ibang araw, ayaw kong ma miss ang visit ni President ito, napahalaga ng araw na ito sa akin (Even if my boss report for work to pay for the lost time, I don’t want to miss the visit of the president, it is a very important day for me.”

A group called BisDak (Bisayong Daku/A Visayan) stated they wer informed that there chance of seeing Duterte is very slim “I went to the Philippine Consulate this early morning (Sunday, May 7) just to submit the slot for BisDal Members who are confirmed to attend the meeting with our Beloved President Rodrigo Roa Duterte which is supposed to be this coming Saturday May 13, 2017. Although, I am not Feeling Good yet. I request my Husband to go with me at the Phil. Consulate. My letter was accepted & handed by: Hon. Loise C. Abad, cultural attache’ in Hongkong, We talk personally but She told me that the last submission was Saturday & Sunday. I want to burst into Tears because I felt thru my Feelings that some of the Philippine consulate staff especially the in-charge of the events have something wrong.”

The group accused some embassy officials of playing favorites in giving slots to the attendees.

The group is officially registered and recognized by the embassy and properly affiliated but they were given shabby treated by embassy staff.

the OFW’s already printed t-shirts for teh visit though they are now allowed to wear it during the meeting with the Filipino Community.

Ruvhel Castillo, who is serving as family driver already asked the permission of her boss to attend the gathering.
Castillo’s husband Rudy is one of the leaders of the Hong-kong based OFW Global Movement for Empowerment.

She even travel to Davao City in June 4, 2016 just to attend Duterte’s thanksgiving day at the Crocodile park and went home after the activity.

Jeanette, with facebook name Jeanette Angel/Aries, a lader of one big OFW group says “Even if we some of us cannot be accommodated in the venue we will still gather wherever “tatay digong will go, just to make him feel we are supporting him.”

Marites with Facebook name Tess Cerna Scattered said “we will be there to show our support to tatay Digong because he needs us now, he needs to feel we are behind him.”

Duterte is expected to stay in Hongkong on May 11-13 and from there he will proceed to Beijing China.-Editha Z. Caduaya/newsline.ph