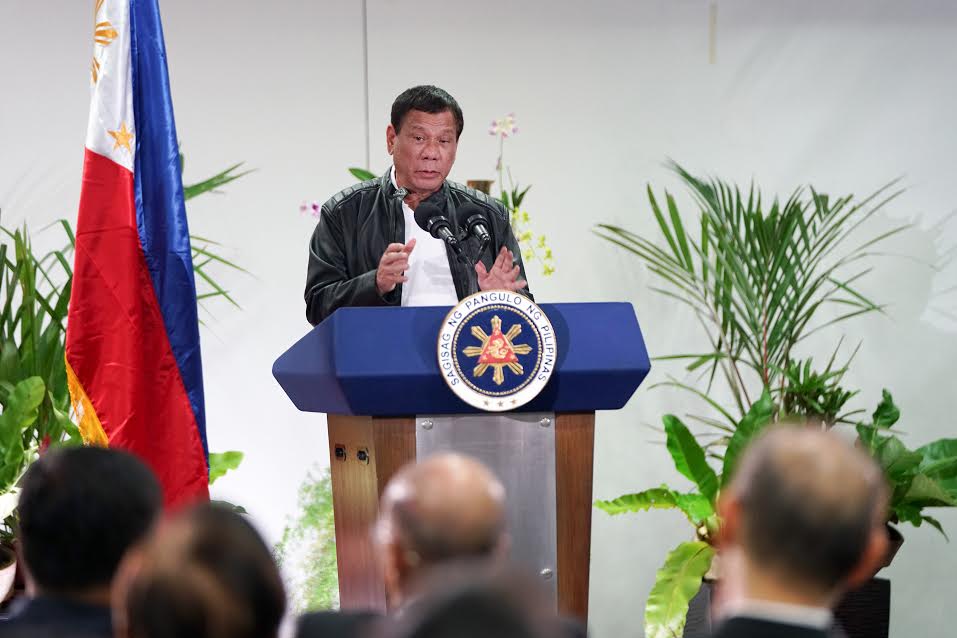 Many has been said about the Tuesday night declaration of President Rodrigo R. Duterte in declaring Martial law in Mindanao.

Even ordinary citizens throw support to the order, especially those who experienced injustice from terror group and those who want outright solution to the unending peace order problem.

Last Tuesday, March 24, President Duterte submitted to the Senate and the House Presidential Proclamation 216 or “Declaring a State of MARTIAL LAW and SUSPENDING the privilege of the Writ of Habeas Corpus in the whole of Mindanao.”

Here’s the list of personalities and groups supporting the Martial Law and the suspension of the Writ of Habeas Corpus. -Manila Mayor and former President Joseph Ejercito Estrada said Martial Law is needed to solve the crisis in Marawi and other areas “If needed why not I will be behind it as long it is to solve peace and order and corruption, it’s about time.”

-Senator Gringo Honasan, who once led a Coup d’etat said “It is important to reassure the public and it is the prerogative of the President” and people should not worry because there will be a reporting system asking the people to be cool about it “Kalma lang tayo (cool)”.

-Senator Panfilo Lacson said it is needed although he criticized the faillure of intelligence which resulted to the Marawi seige.

-Senator Edgardo Angara who support the declaration say there is reason behind the proclamation as he asked the people to look on the safeguards and limitation of the order.

-Senator Francis Escudero however suggest that it will be good that such declaration be discussed in bother chambers (Senate and Conrgess).

-Senators Manny Pacquiao and Miguel Zubiri of Mindanao fully supports the declaration and even suggest local government units who supports twrror group should also be investigated.

The country’s oldest business group Chamber of Commerce of the Philippine Islands (CCPI) said it “supports the declaration of martial law for 60 days in Mindanao by President Rodrigo Duterte in defending and maintaining the safety of the Filipino people and proclaiming the sovereignty of the Republic against ISIS and all terrorists.”

The Makati Business Club, the Management Association of the Philippines and the Philippine Chamber of Commerce and Industry is supporting the declaration.

Many Mindanao business groups also support the declaration saying it is needed to solve the Marawi crisis and once and for all resolve the terror problem.

Since Tuesday, May 24, the entire island of Mindanao has been placed under Martial Law as government troops and ISIS-inspired terrorist group battle it out in Marawi City.

The Makati Business Club, the Management Association of the Philippines and the Philippine Chamber of Commerce and Industry is supporting it “We are one with the world in protecting peace, security and safety as pre-requisites to progress and prosperity.”

Cotabato Archbishop Orlando Quevedo said “We have many fears. But at present we simply do not have solid and sufficient facts to absolutely reject the declaration of martial law as morally reprehensible. But we are certainly agreed that martial law must be temporary,.”

In behalf of the Mindanao Bishops said “martial Law declaration muts be temporary.”

The Integrated Bar of the Philippines (IBP) national board supports all legal means to end this unrest in Mindanao and encourage the achievement of peace through lawful means.

The IBP said “We will remain steadfast in our commitment to uphold and defend the Constitution and vigilant against those who intend to curtail democracy and our fundamental freedom.”

Duterte repeatedly stressed “I am doing this to protect my people.” – Armando Fenequito Jr. and Editha Z. Caduaya/newsline.ph