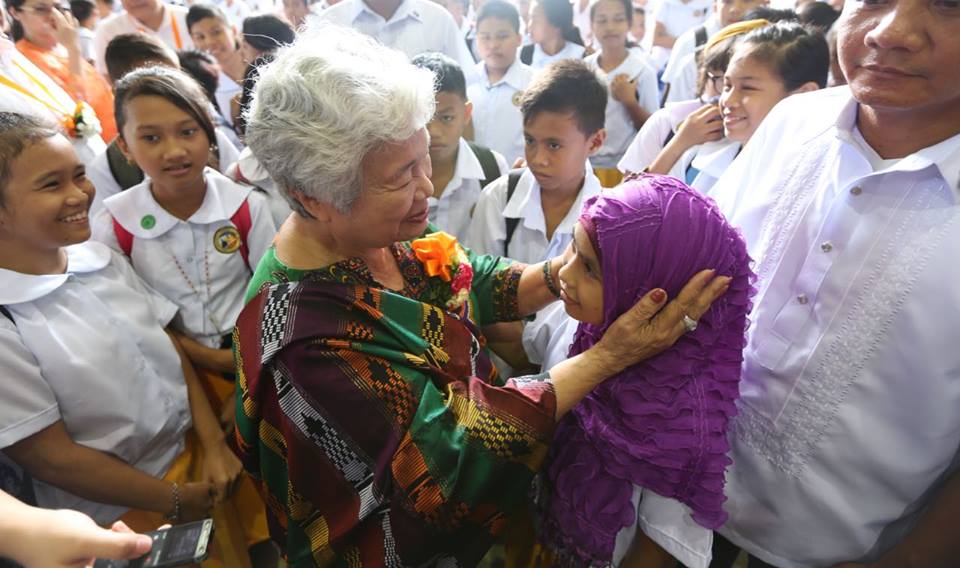 This as some school in Marawi City postponed the school opening due to the ongoing firefight between the government forces and the terror group Maute.

The school year opened with an expected shortage of 66,000 classrooms but the education department says they are building 38,000 during the school year.

The national government allocated the biggest budget for education this year with P543.2 billion for an estimated 21.2 million students all over the country.

The budget includes school buildings, teachers salary and other requirement for the department.

The budget is broken down to the following items:
-P118.8 billion – for basic educational facilities, including the construction of 37,492 classrooms and the provision of 2,942,172 seats
-P19.5 billion – for the creation of 53,831 teacher positions and 13,391 non-teaching-related positions
-P14.39 billion – for learning resources, such as 55.8 million textbooks and instructional materials, as well as science and mathematics equipment for 5,449 schools.

Briones, in a statement, said while school openings have always been “beset by problems”, these are further exacerbated by political challenges and national security threats.

”Nonetheless, we are opening classes according to the announced schedule, which is today. For obvious reasons, Marawi City and eight districts of Lanao del Sur will be delayed by two weeks.

Schedules of classes will be adjusted so these will start early and dismiss early,” said Briones./Newsline.ph