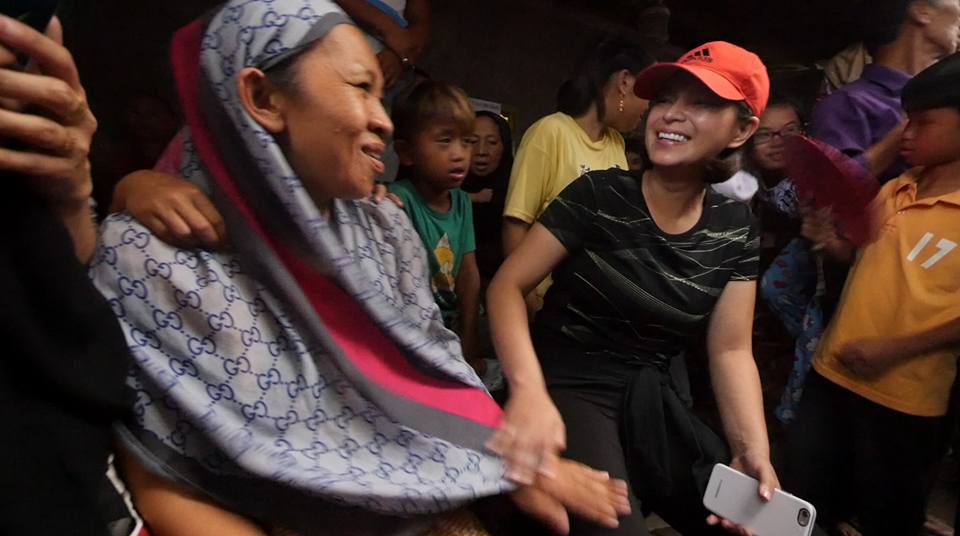 Locsin with staff from Tudla productions escaped from her schedules in Metro Manila and volunteered to help internally displaced residents of Marawi Thursday, June 8. TUDLA, is an alternative media organization producing documentaries and other materials that expose the plight of the poor and marginalized in the country. Angel sympathized with the evacuees and visited the the victims of aerial bombings and Marawi crisis in an evacuation center in Ma’had Alnor Al-Islaime, in Tomas Cabili, Iligan City. (Angel Locsin wholeheartedly supports her countrymen who were forced to leave their house on Marawi. As Filipinos, let us show compassion to our fellow Filipinos like her).

This, as Social Welfare Secretary Judy Taguiwalo has assured families displaced in clashes Marawi City that the government will continue providing assistance to them.Based on latest figures, more than 222,000 people have been displaced by the clashes in Marawi City that started on May 23.

It was not the first time when Angel Locsin showed compassion to her countrymen.-Editha Z. Caduaya/Newsline.ph