Duterte attempts to visit Marawi but bad weather stops him 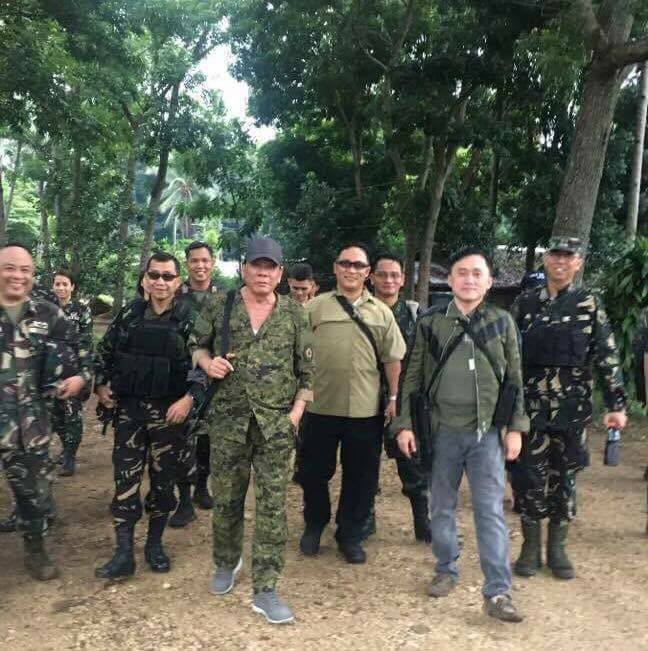 DAVAO CITY, Philippines—Clad in military uniform, away from the camera, the Commander-in-chief of the republic of the Philippines, President Rodrigo Dutere Friday attempted to visit Marawi City but bad weather prevented him.

Instead, the president visited the Light Armor Division in Barangay Maria Cristina, Iligan City on Friday.

Reports reaching newsline.ph revealed, Duterte originally planned to visit Marawi Friday but upon approaching the area the visibility was so bad which prompted him to visit Iligan instead. Last week, Duterte told reporters “If you want to see me in Marawi you start going there tomorrow, I will be there before you know it.”